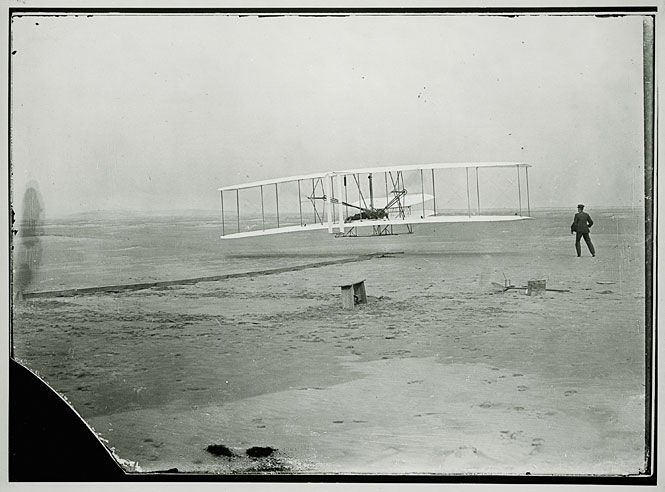 On Dec. 17, 1903, Wilbur and Orville Wright made four brief flights at Kitty Hawk, N.C., with their first powered aircraft. The Wright brothers had invented the first successful airplane.

They inaugurated the aerial age with the world's first successful flights of a powered heavier-than-air flying machine. The Wright Flyer was the product of a sophisticated four-year program of research and development conducted by the Wright brothers beginning in 1899. After building and testing three full-sized gliders, the Wrights' first powered airplane flew at Kitty Hawk, Dec. 17, 1903. This image shows the Wrights' first powered airplane in mid-flight with Orville at the controls and Wilbur mid-stride, right. The airplane flew for 12 seconds and a distance of 120 feet.

This photo and the Wright Flyer are on display at the Smithsonian’s National Air and Space Museum.