Waiter, There’s a Tag on My Crab! 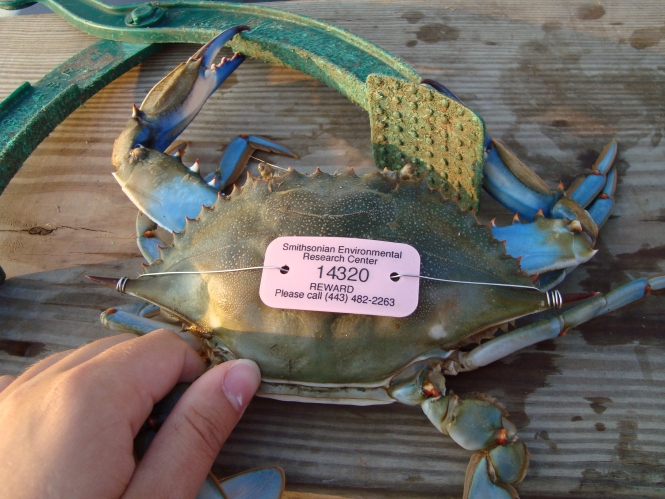 After the crabs are caught, scientists record their condition, size and sex; next, they are given a tag with a number unique to that animal and the phone number for the “Blue Crab Hotline.” The crab is then released back into the Bay.

Anyone who catches a tagged crab is asked to call the hotline to report where the crab was caught. This way SERC scientists can track the movements of individuals and get a better sense of how blue crabs move about the Bay―knowledge that will help protect crabs from being overfished in the future.

Most reports to the hotline are from within the Chesapeake Bay, but crabs with SERC tags have been reported off the coast of North Carolina and Florida. And while it was probably helped by a commercial fishery that ships to other locations, one crab was steamed and served to a person in California, who later called the hotline with the crab’s tag number.