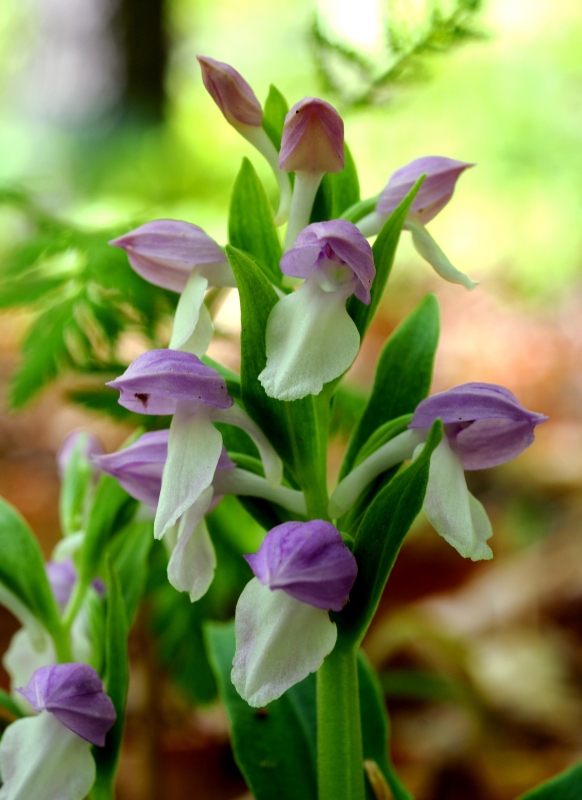 The showy orchid, Galearis spectabilis, a common orchid in Maryland. Smithsonian researchers like Dennis Whigham are working to conserve the 200-plus native orchid species in North America. (Melissa McCormick/Smithsonian)

Orchids make up 10 percent of the world's plant species; more than 50 percent of native orchids in North America are listed as threatened or endangered in some part of their home range. Botanist Dennis Whigham and his colleagues at the Smithsonian Environmental Research Center (SERC) in Edgewater, Md., are doing their part to conserve these beautiful flowers by studying the interactions between orchids and fungi.

Orchids and fungi have a complex symbiotic association in which each of the orchids’ life stages are dependent to some degree on specific fungi. The SERC team has conducted research on a range of topics related to orchid-fungal interactions, including which fungi are associated with individual orchid species at different stages in their life cycles.

Whigham is currently focused on rare terrestrial orchids in eastern North America. His passion is establishing the North American Orchid Conservation Center (NAOCC), an initiative of the Smithsonian and the U.S. Botanic Garden. The foundation of NAOCC will be public-private collaborations aimed at conserving the genetic diversity of native orchids, initially in the U.S. and Canada.

On Earth Day weekend, the Smithsonian will convene the first Earth Optimism Summit, a three-day event that will highlight what is working in conservation and how to scale up and replicate it. Whigham will join more than 150 scientists, thought leaders, philanthropists, conservationists and civic leaders participating in the summit, which will be held April 21–23 in Washington, D.C. The summit is organized by the Smithsonian Conservation Commons, a team of experts within the Smithsonian that tackles complex conservation problems on a global scale.

To learn more about orchids and Whigham’s work, see the Smithsonian Insider’s article The Secret Life of Orchids.