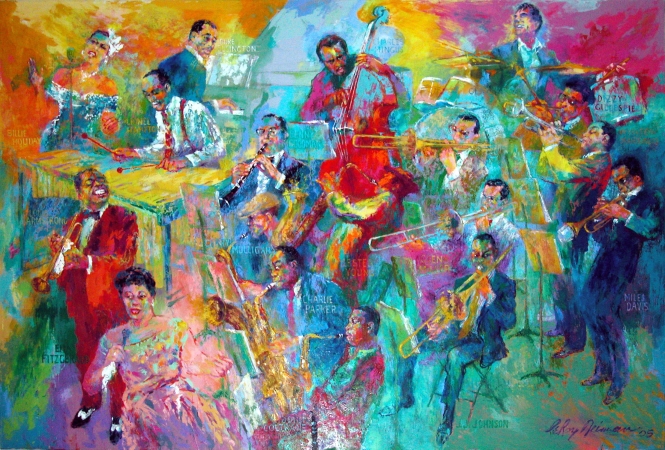 LeRoy Neiman considered this 9-by-13-foot work featuring 18 iconic jazz musicians one of the greatest works in his career. Donated to the Smithsonian’s National Museum of American History, it was unveiled for April, Jazz Appreciation Month (JAM).

Neiman (1921–2012) was best known for colorful paintings and illustrations that presented scenes of sports and entertainment. Among his work is a distinctive body of paintings of American jazz legends and music of the mid-20th century.

Created by the museum, JAM is intended to stimulate the current jazz scene and encourage people of all ages to participate in jazz. The museum has a detailed calendar of jazz activities, including a special performance in commemoration of Billy Strayhorn’s 100th birthday by the Smithsonian Jazz Masterworks Orchestra, the museum’s big band in residence.

For more information about the National Museum of American History, visit its website.