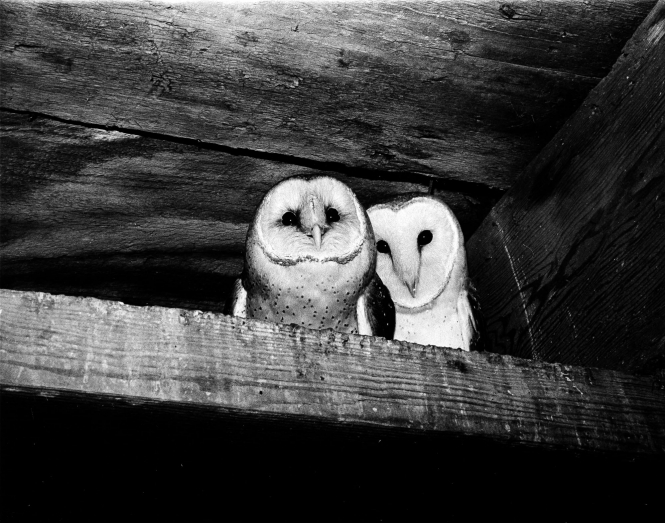 Owls had lived in the Smithsonian Castle before—and had flown the coop—but in 1971, S. Dillon Ripley, the eighth Smithsonian Secretary, commissioned a pair of trained owls from the National Zoo. He argued that the owls would be beneficial "for reasons of biological harmony as well as tradition."

The pair were named "Increase" and "Diffusion" in a nod to the language in James Smithson’s bequest to the U.S. to found the Institution, which was to be "an establishment for the increase and diffusion of knowledge."

Increase and Diffusion were placed in the tower in January 1977, and they hatched three young owlets that spring. However, when given the chance to fly to freedom, they took to the air never to return to the Castle tower. Ripley may have been saddened by the lack of traditional residents, but those who had to tend to the owls probably were not. Writing in 1993, one caretaker remembers climbing the ladder to place a bag full of dead rodents in the coop while dressed in a protective suit and helmet to guard against (as Ripley put it) "more than a gentle tap" on the head.

Although the towers are now uninhabited, the Smithsonian continues its mission to increase and diffuse knowledge.