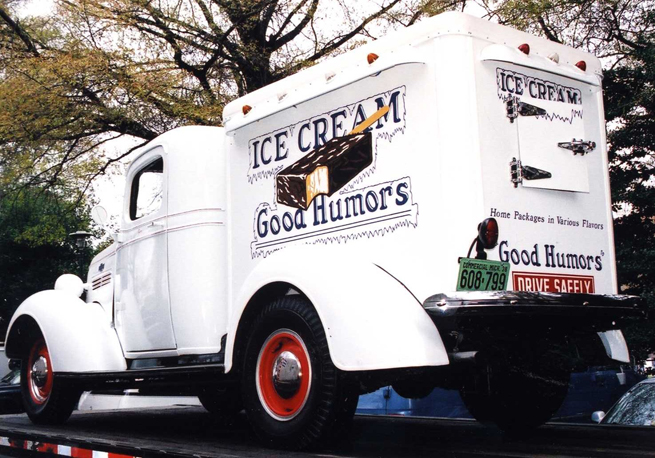 Good Humor, the well-known “ice cream on a stick,” was created by candy-maker Harry Burt in Youngstown, Ohio, in 1920.

His first candy invention was the Jolly Boy Sucker, a lollipop on a stick. While working in his ice cream parlor, Burt created his own recipe for a smooth chocolate coating that would be compatible with ice cream. His daughter Ruth performed the first taste test. Although it tasted good, Ruth thought it was too messy to eat. To solve this problem, Burt took the advice of his son, Harry Jr., who suggested freezing wooden sticks used for the Jolly Boy Sucker into the ice cream as handles. He named his new creation the Good Humor bar, capitalizing on the belief that a person’s “humor” or outlook on life was related to the humor of the palate. Burt immediately sent the patent to Washington, D.C.