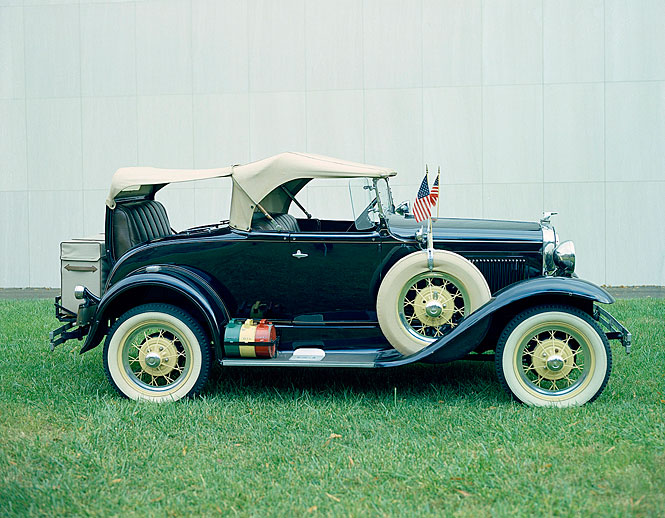 On Dec. 2, 1927, Henry Ford debuted the Ford Model A automobile, the successor to his Ford Model T. In the late 1920s and early 1930s, the Ford Model A was one of the most publicized and top-selling cars in America. It was attractive, well-built and smooth-running compared to the Model T, which it replaced in the 1928 model year.

The much-anticipated Ford Model A was chic and sporty, and it had mechanical features that the Model T lacked: a three-speed, sliding-gear transmission, four-wheel brake system and hydraulic shock absorbers. In less than two weeks, the company received 400,000 orders and Ford could not keep up with the demand for his latest "gift" to an increasingly mobile nation. Sales were strong, but after the Model A, Ford never again dominated the new-car market as he had at the height of the Model T's popularity; Chevrolet, Plymouth and other makers proved to be formidable rivals in the 1930s and beyond. In the 1932 model year, Ford replaced the Model A with a new line of cars featuring V-8 engines.

Donald E. Wolff donated this restored 1931 Ford Model A to the Smithsonian in 1974.