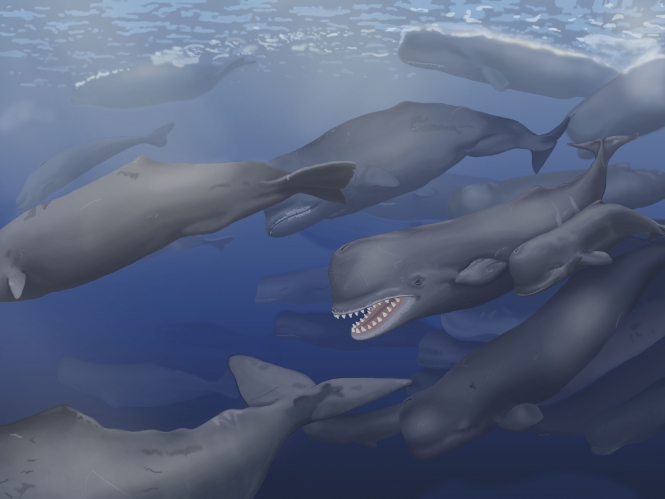 Albicetus; art by A. Boersma for the Smithsonian

The team named the new genus Albicetus, translating to “white whale,” in honor of Herman Melville’s famous leviathan, Moby Dick, because of the fossils’ bone-white color.

The fossils of this sperm whale, which represent the animal’s skull, jaws and teeth, were found in California in the 1880s. The scientists contend that the toothy fossils provide evidence of ancient seas rich in the number and diversity of marine mammals.

In this reconstruction, a pod of Albicetus travel together through the Miocene Pacific Ocean (14–16 million years ago), surfacing occasionally to breathe.

The team’s findings are published in the Dec. 9 issue of the scientific journal PLOS ONE.

To view and download a 3-D model of Albicetus, visit http://3d.si.edu.