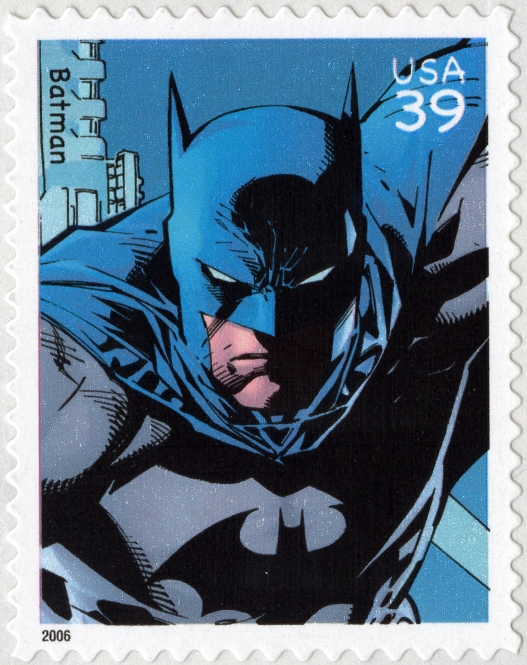 Whether you know him as Batman, the Caped Crusader or the Dark Knight, there’s something about the pointy ears and the cool gadgets that make him one of the most intriguing superheroes of all time.

May 2014 marks the 75th anniversary of Batman’s debut with DC Comics in the six-page story “The Case of the Chemical Syndicate.” In the story, Commissioner Gordon investigates the murder of Mr. Lambert, “The Chemical King,” and one of his business partners. As the gripping story comes to an end, Batman arrives in the nick of time to stop the villain. Also revealed for the first time (spoiler alert!): Batman is really millionaire-in-disguise Bruce Wayne!

In 2006, the United States Postal Service issued the DC Comics Superheroes pane of 20 stamps. Included in the 20 were Batman, Superman, Green Lantern and the Flash. This stamp is now part of the National Postal Museum’s collection. It is not currently on display.