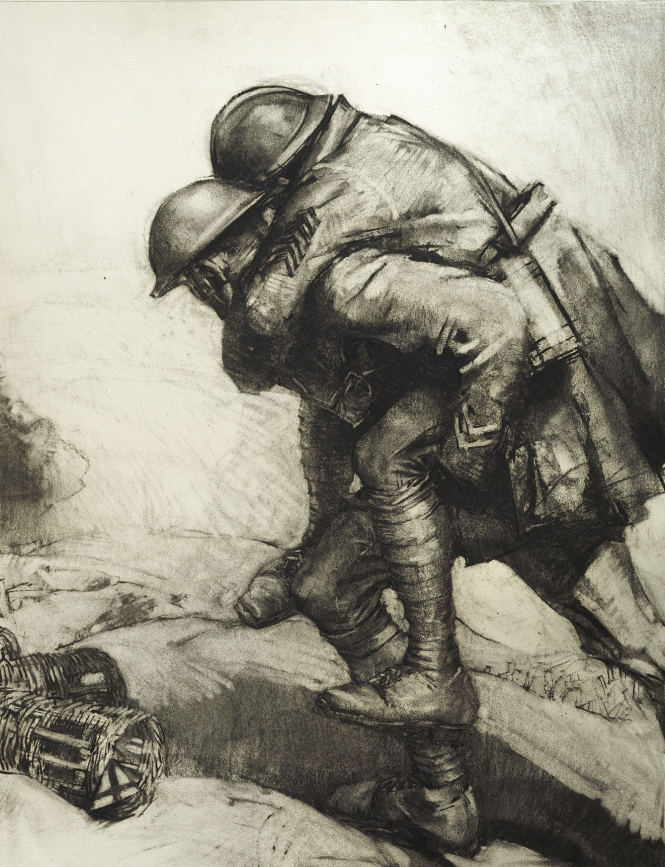 Artist Soldiers in World War I: A Centennial

In World War I, two groups of artists ushered in a new, more realistic depiction of the grim realities of war: professional artists and soldiers who created artwork that shared their own experiences.

Those complementary perspectives are captured in “Artist Soldiers: Artistic Expression in the First World War,” a new collaborative exhibition between the Smithsonian’s National Air and Space Museum and the Smithsonian’s National Museum of American History marking the 100th anniversary of the United States’ entry into war April 6, 1917. It is on exhibit at the Air and Space Museum through Nov. 11, 2018—the 100th anniversary of the Armistice, or end, of the Great War.

Before WWI, art that depicted war largely focused on heroic military leaders and romanticized battles, and it was created after the fact and far from the battlefield. Eight professional illustrators, commissioned as U.S. Army officers, were embedded with the American Expeditionary Forces (AEF) in France in early 1918. They were assigned to capture the wide-ranging activities of American soldiers so people at home could understand the realities of war. They sketched and painted more than 700 pieces that depicted combat, military technology, daily life and the human cost of conflict. After the war ended, this collection of artwork was transferred from the War Department to the Smithsonian and is now held by the National Museum of American History. “Artist Soldiers” displays 54 works from the AEF collection for the first time since the post-war decade.

The soldiers who created their own artwork did so in the form of stone carvings in the soft limestone of underground shelters—formerly stone quarries—that were hidden away for a century. These carvings have been brought to light for the first time through stunning photographs by photographer, artist and explorer, Jeff Gusky. The 29 photographs document the portraits, patriotic symbols, messages of longing for loved ones, humor and expressions of religious faith the soldiers chose to leave behind.