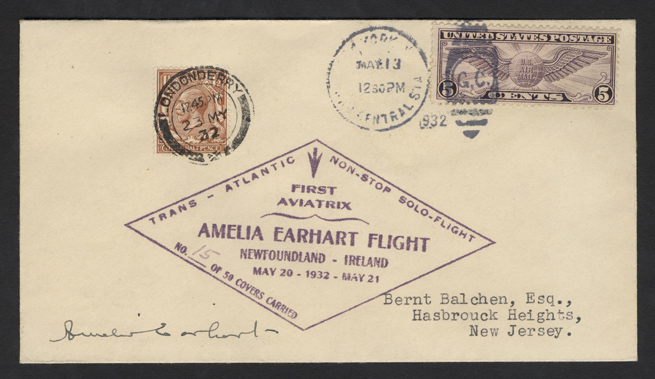 On May 20-21, 1932, Amelia Earhart became the first woman to solo pilot an airplane across the Atlantic Ocean, flying between Newfoundland and Ireland. The feat ensured her not only worldwide acclaim but a place in the annals of aviation history.

Her husband helped her raise funds for many of her record-breaking flights by arranging for her to carry and autograph special letters that were sold to philatelists. On this flight Earhart carried 50 pieces of mail, each postmarked before and after landing, cacheted, numbered and autographed to document the historic event.