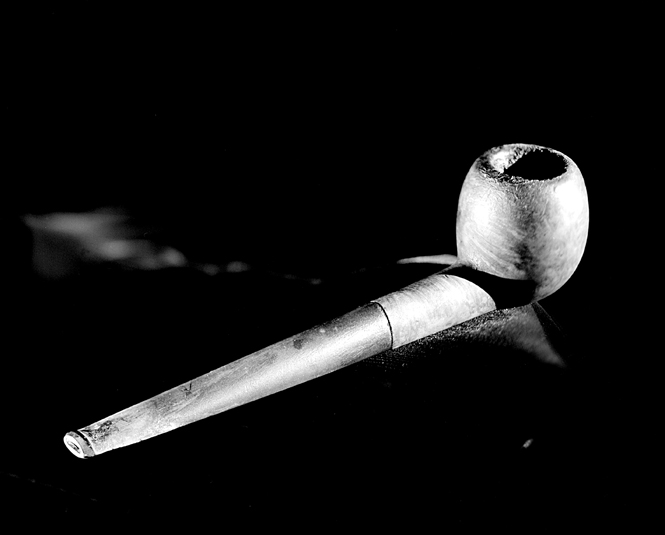 Albert Einstein, creator of the theory of relativity, Nobel Prize winner and striver for world peace, is almost as well known for his physical appearance as for his epochal work in theoretical physics. Characteristic of that appearance was a pipe. Although in his later years he restricted his smoking on doctors' orders, he could not bear to give up the tactile experience of a pipe itself.

This one, in fact, gives evidence of Einstein's long usage in a hole he wore through its bit. In 1948, Einstein gave it to his friend and admirer, Gina Plunguian. The Smithsonian acquired it in 1979.