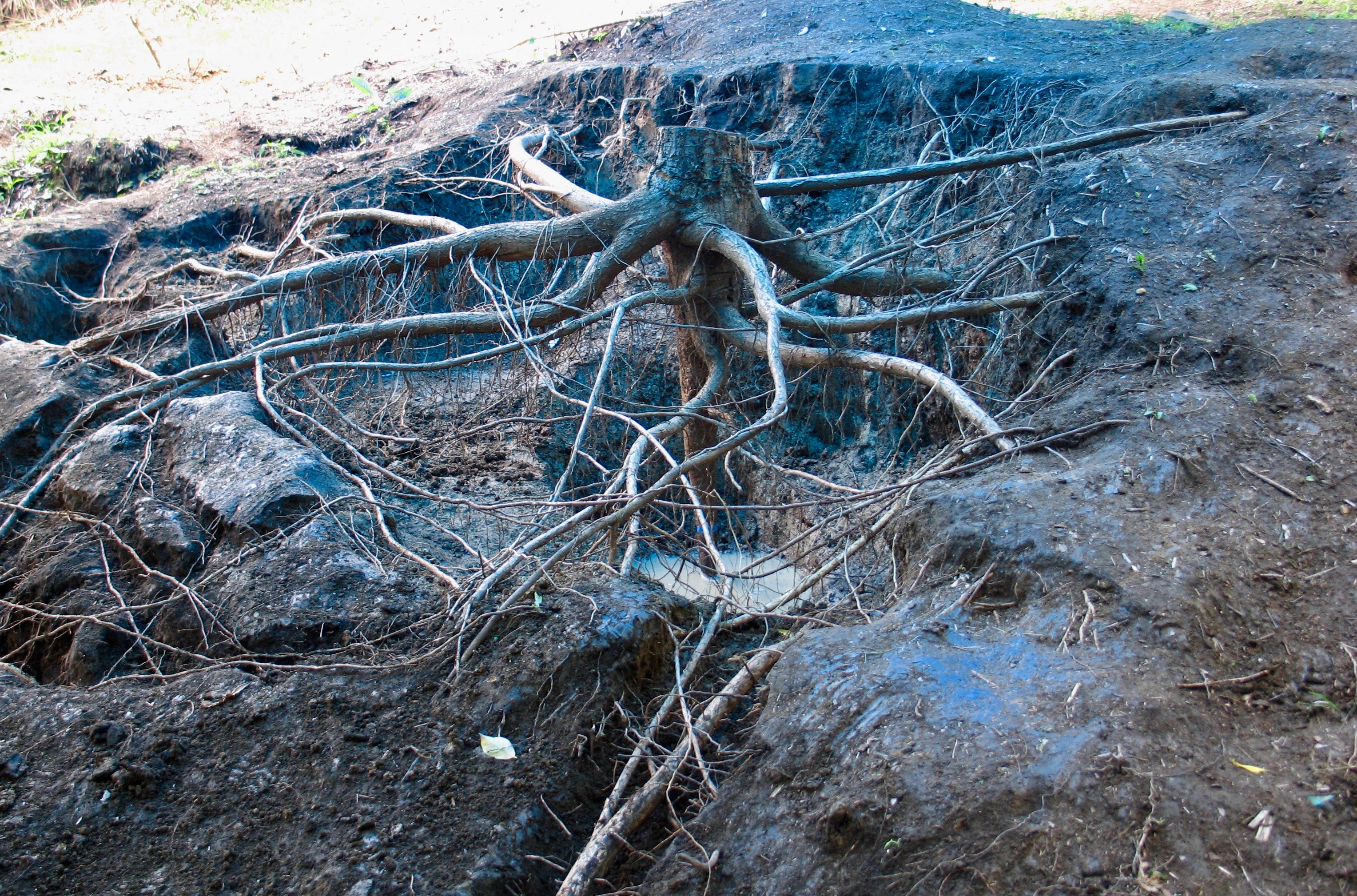 Ask someone to draw a tree and they will invariably draw a trunk and branches—leaving the roots out of the picture. In a unique study of tropical tree roots at the Smithsonian Tropical Research Institute published in PLOS ONE, roots accounted for almost 30 percent of the total biomass of young trees. The authors hope that future estimates of carbon storage and water-use by tropical forests will include information on root biomass and architecture.

“Studies like the article published by Baccini et al. in the Sept. 28 issue of Science use satellite data to measure aboveground carbon density,” said Jefferson Hall, director of the Smithsonian’s Panama Canal Watershed (Agua Salud) experiment. “It is fairly common practice to calculate forest carbon storage either incorporating root mass via a fudge-factor, or leaving it out altogether. What percentage of a tree is underground? How does this change with climate, soil fertility and over time? The answers to these questions will refine our ability to understand how forests respond to global change.”

“During the rainy season in 2009, our team excavated all roots down to 2 millimeters in diameter from six species of tropical trees,” said Katherine Sinacore, doctoral student at the University of New Hampshire. “We chose 6- to 8-year-old trees from reforestation experiments at Sardinilla and in Soberania National Park in the Panama Canal Watershed, with permission from Panama’s Ministry of the Environment.”

“There were huge differences among species,” Sinacore said. “We found that trees have very different architectures. For example, some species invest in a large tap root that descends directly below the trunk while other species send large roots out laterally just below the soil surface. These trees sent smaller roots down from the lateral roots that, when excavated, resembled tentacles of an octopus. The tentacles went just as deep as did the tap roots of other species such that the trees were not trading off structural differences for the ability to seek nutrients and water deep in the soil. In fact, we did not detect a difference between species in the volume of soil reached by roots. We also found roots extending more than 20 meters (60 feet) away from the tree trunk.”

“Perhaps not surprisingly, we found root systems to be every bit as diverse as the crowns of trees, a morphological diversity that is important to understand as it suggests a more thorough exploitation of belowground resources,” Hall said. “Interestingly, we also found that two of the 40 trees (5 percent) we excavated (a Terminalia amazonia and a P. quinata) were connected with neighboring species via grafts of coarse roots. Are these trees sharing resources? Would we have found a higher percentage of root grafts if we would have had the ability to look at fine roots? Clearly there is more work to be done.”

Support for this project was provided by Panama´s Office of National Science and Technology SENACYT Stanley Motta, Frank Levinson, the Hoch family, the Agua Salud Foundation and the Panama Canal Authority.