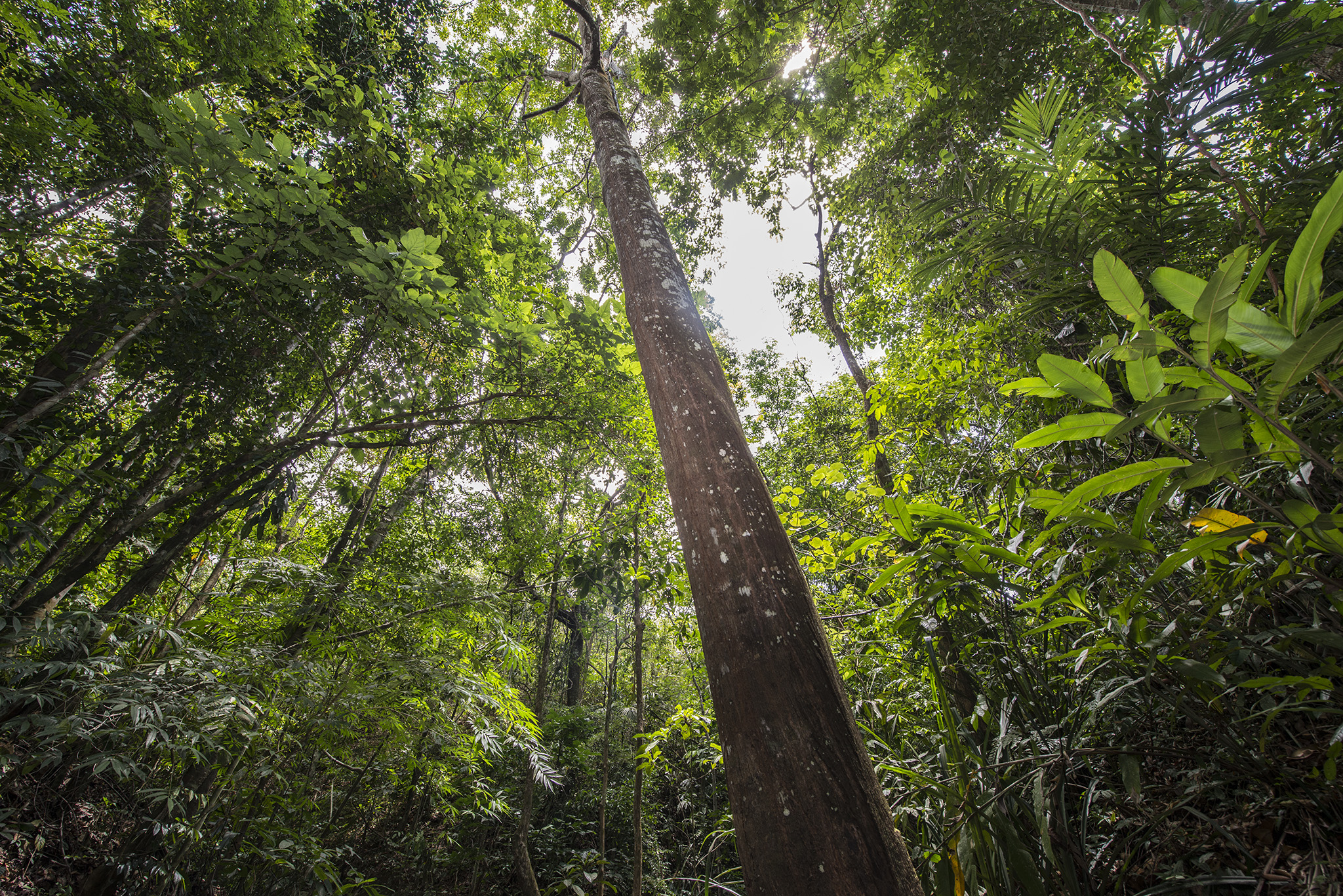 Tropical trees respond to drought differently depending on their ages, according to new research at the Smithsonian Tropical Research Institute. The information is critical to understanding how forests respond to the more severe and frequent droughts predicted by climate change scenarios.

“Droughts can be really hard on tropical forests,” said Jefferson Hall, staff scientist at STRI and director of the Agua Salud project. “Too much heat and sunshine and not enough water can drastically alter which trees survive. Globally, 2016 registered as the warmest year since climate records have been kept. We took advantage of an especially extended drought during the El Niño event in 2015 and 2016 to measure sap flow in 76 trees representing more than 40 different species in forests of different ages in the Panama Canal watershed. We found that forest age matters.”

Researchers compared responses to drought in 8-, 25- and 80-year-old forest patches in the Agua Salud project, a 700-hectare land-use experiment collaboration with the Panama Canal Authority, Panama’s Ministry of the Environment and other partners.

As tree leaves warm they lose water vapor into the atmosphere. Ground water rises up through tree roots and trunks, pulled by the vacuum created above.

“On one hand, you can think of trees as simple pipes or pumps moving water from the ground to the air, but it was really fascinating to see how these living organisms regulate their responses to drought,” said Mario Bretfeld, lead author of the study and post-doctoral researcher at the University of Wyoming. “There was a real shift. The factors most important for the survival of young forests had to do with their ability to access water in the soil, whereas older forests were more affected by the amount of water they were losing to the atmosphere through their leaves.”

Sap flowed faster in the youngest forest. But as the drought worsened, sap-flow velocity increased significantly in the oldest forests whose huge, leafy tree crows lost impressive amounts of water to the atmosphere—not a problem for younger forests with smaller crowns.

Younger trees suffered more from a lack of water, probably because their shallower root systems could not access water stored deeper in the ground. Trees in younger forests were better able to regulate the amount of water they were using and losing.

“All trees are not created equal,” Hall said. “Their species and age matters. We are working on designing techniques we’re calling Smart Reforestation, making decisions about which tree species to plant to achieve different land-use objectives. This study is the perfect example of the link between basic and applied science because it highlights the need to consider drought tolerance as we reforest wet, yet drought-prone areas.”

This research was made possible with funds from the U.S. National Science Foundation, Stanley Motta, the Silicon Valley Foundation, the Heising-Simons Foundation and the Hoch family.