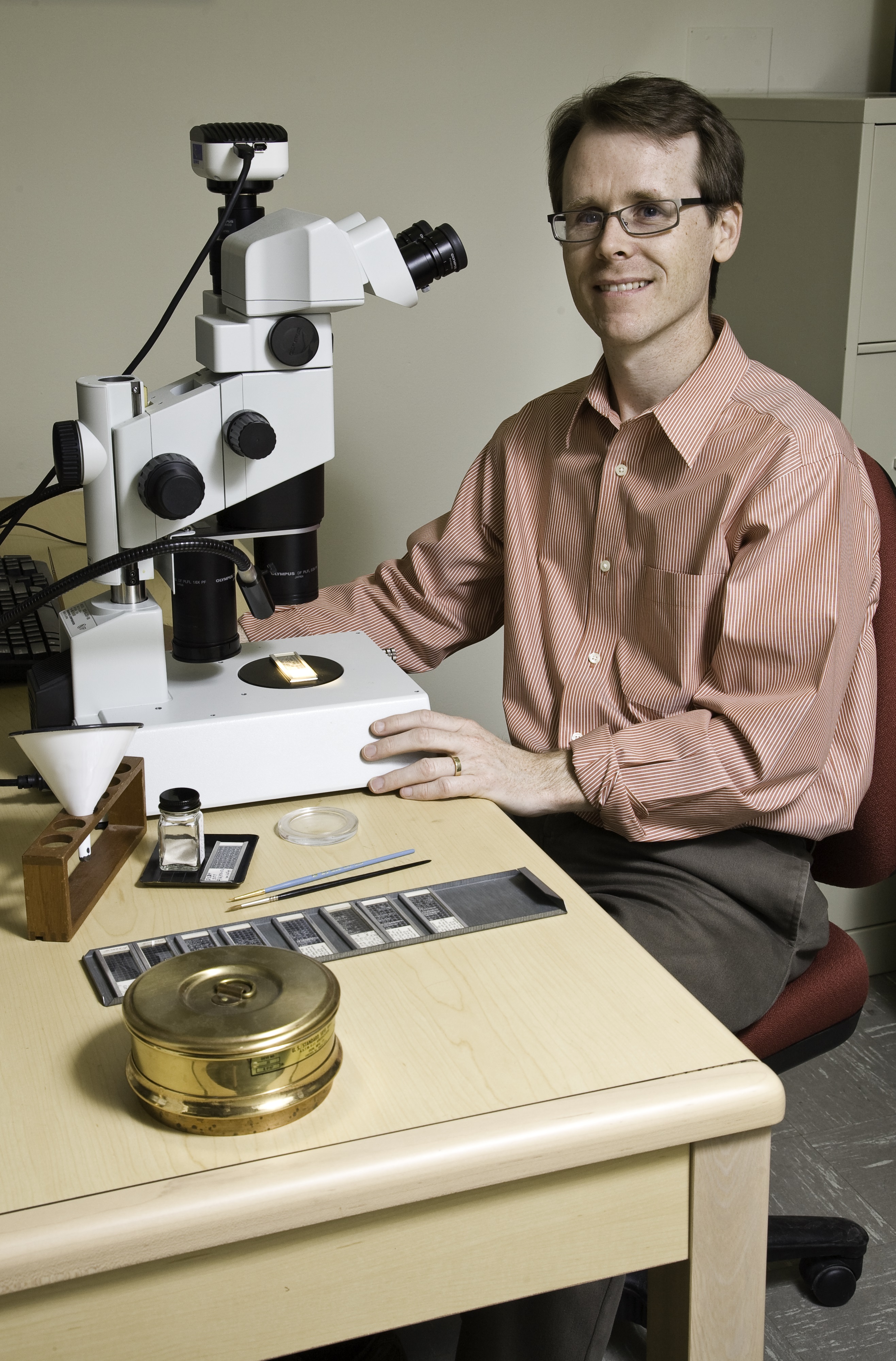 The lengths that some males go to attract a mate can pay off in the short term. But according to a new study from scientists at the Smithsonian’s National Museum of Natural History, extravagant investments in reproduction also have their costs.

By analyzing the fossils of thousands of ancient crustaceans, a team of scientists led by National Museum of Natural History paleontologist Gene Hunt has found that devoting a lot of energy to the competition for mates may compromise species’ resilience to change and increase their risk of extinction. Hunt, the museum’s postdoctoral fellow M. João Fernandes Martins and collaborators at William & Mary and the University of Southern Mississippi reported their findings April 11 in the journal Nature.

Many present-day species offer showy examples of sexual dimorphism—characteristic differences between males and females that usually help males attract and secure mates. The need to pass genes to future generations is so critical that in some species, males put a lot of energy into generating these sex-specific features—a peacock’s elaborate tail feathers or an elephant seal’s massive, territory-defending body size, for example.

Hunt says some scientists have proposed that the energy animals devote to developing these traits may limit the resources they have available for survival, particularly when something in their environment changes. That would put species with strong sexual dimorphism at greater risk of extinction. But it has been difficult to determine how sexual dimorphism has impacted species survival because in most cases, scientists cannot tell from a fossil whether an animal was male or female.

Ostracods, tiny crustaceans that have been on the planet for nearly 500 million years, are an exception. The shrimp-like creatures, which live inside hinged shells smaller than a poppy seed, have distinctive sex-specific shapes that are preserved in the fossil record. Animals with elongated bodies and shells are males, whereas females are usually smaller with a squatter shape. An elongated shell shape accommodates the male’s large sex organs—with larger organs presumably producing more sperm and improving individuals’ opportunities for reproductive success, Hunt said.

Hunt and his colleagues drew on large collections of ostracod fossils from the National Museum of Natural History, the University of Southern Mississippi and Louisiana State University, as well as additional fossils they collected themselves, to investigate whether species in which this male/female distinction was most prominent had been more vulnerable than others to changes in their environments.

The team pored over thousands of the specimens, noting when different species had lived based on the geological layer from which they were collected and assessing the shapes and sizes of more than 6,000 individuals. Their final analysis included 93 different species of ostracods that lived during the late Cretaceous period, between about 85 and 65 million years ago.

Some species appeared over and over again in the fossil collections, and the team found that some had lived throughout almost the entire 20-million-year span. Others lasted just a few hundred thousand years. And the size and shape of the males did appear to have been a significant factor in species’ longevity. “We showed that when males are larger and more elongated than the females, those species tend to not last as long in the fossil record. They have a higher risk of extinction,” Hunt said.

If the same holds true for other species, Hunt said, conservation biologists may want to take sexual dimorphism into account when assessing species’ vulnerability to current environmental threats. “If devoting so much energy to reproduction made it harder for species in the past to adapt to changing circumstances, perhaps that same should apply to species we’re concerned about conserving in the present day.”

Funding for this study was provided by the National Science Foundation and the Smithsonian’s National Museum of Natural History.