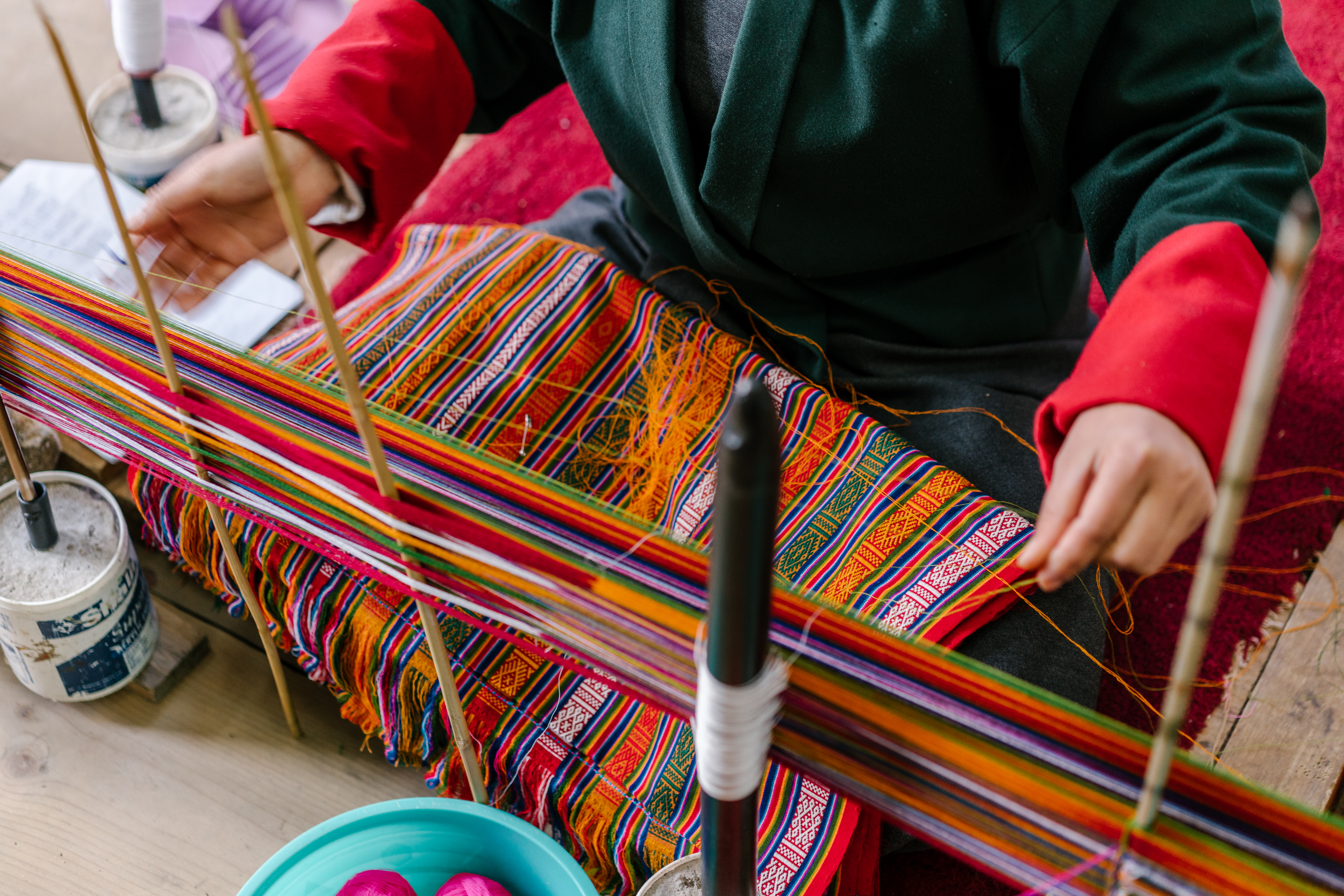 The Center for Folklife & Cultural Heritage (CFCH) and the Royal Textile Academy of Bhutan (RTA) have launched a three-year project to preserve and promote traditional textiles and sustain Bhutan’s hand loomed weaving traditions earlier this year. This project is the first to build on the CFCH and RTA memorandum of understanding, signed in 2016, which affirmed a shared vision and expressed mutual intention for future collaboration.

RTA was established in 2005 as a nongovernmental, nonprofit organization under the royal patronage of Her Majesty Gyalyum Sangay Choden Wangchuck, Queen Mother of Bhutan, to preserve and sustain weaving traditions and textile arts. Its campus in the capital city of Thimpu currently hosts the Weaving Academy, a textile museum and adjoining conservation center. RTA also has plans to construct a cultural heritage center to more broadly support Bhutanese traditional arts.

The project launch began on April 2 and included a 10-day program with workshops on curatorial research and temporary exhibition development. Representatives from CFCH and RTA met with various stakeholders in the weaving sector such as Choki Traditional Arts School, the Gagyel Lhendrup Weaving Centre and the Agency for the Promotion of Indigenous Crafts. CFCH and RTA reviewed potential opportunities and focus areas for the three-year collaboration.

“We’re honored to partner with the Royal Textile Academy,” CFCH Director Michael Atwood Mason said. “Traditional culture, including weaving, truly matters in Bhutan—to its people and institutions. Our collaboration with RTA will support the sustainability of a most cherished craft tradition.”

“RTA would like to heartily thank the team from CFCH for their commitment to share their expertise with RTA and to work toward realizing our shared goals,” RTA Executive Director Rinzin O. Dorji said. “We look forward to a very fruitful and meaningful partnership.”

This project reflects the CFCH’s longstanding relationship with Bhutan’s cultural sector. In 2008, the Smithsonian Folklife Festival featured “Bhutan: Land of the Thunder Dragon,” the largest exhibition of Bhutanese culture overseas to date. Led by His Royal Highness the Prince of Bhutan Jigyel Ugyen Wangchuck, the program hosted roughly 150 Bhutanese musicians, artists and artisans.

About the Center for Folklife and Cultural Heritage

The Center for Folklife and Cultural Heritage (CFCH) promotes understanding and sustainability of cultural heritage across the United States and around the world through research, education and community engagement. CFCH also works to sustain traditional and expressive culture such as music, language and craft in Armenia, China and across Europe.