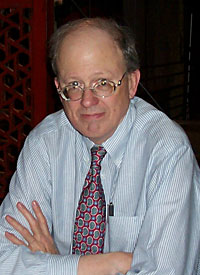 New findings have revealed that five distinct Native American languages were spoken in the Connecticut Valley of Massachusetts at the time of contact with Europeans, not just one language as previously believed. This provides new understanding of familial and political systems of indigenous people throughout eastern North America during the early Colonial period.

In a study published by Papers of the Forty-fourth Algonquian Conference, Ives Goddard, curator emeritus and senior linguist in the Department of Anthropology at the Smithsonian’s Natural Museum of Natural History, used scraps of linguistic data to piece together four previously unknown languages, gaining new insight into the social organization of people that very little is known about.

Linguists have long thought Natives of the Central Massachusetts area had only a single language—Loup (pronounced “Lou,” meaning “wolf”). But new findings, based on linguistic data analysis of two manuscripts written by French Missionaries in the 1700s, reveal that five separate but related languages were spoken among the indigenous peoples in this region. The five languages were documented from refugees in the Canadian missions in the 18th century but presumably ceased to be spoken not long afterwards. The fact that these differences were still recalled in the 18th century shows how incredibly important they were.

“It was surprising,” Goddard said. “You wouldn’t have guessed how much information you can get out of limited manuscripts. It’s a cumulative matter—you go through the data and it comes little by little through a gradual understanding. Many features and patterns pile up and make it clear: words that were once thought different dialects of the same language are not; they’re different languages.”

These findings are consistent with other recent evidence that the languages classed together as Southern New England Algonquian were more numerous and locally distinct than previously thought. These languages, a division of the Eastern Algonquian branch of the widespread Algonquian family, were spoken in southern New England (except for the northern and western fringe) and most of Long Island. The pattern of diversity also extended to related languages in the Housatonic and Hudson valleys of Eastern New York and Western Massachusetts.

The whole area of central Massachusetts was previously assigned to the Nipmuck language, called in French sources “Loup.” The five languages are closely related and share many features with each other and with neighboring languages, but differences in pronunciation, grammar and vocabulary show that they are separate and distinct.

For example, one manuscript gives three different words for ‘beaver.’ Looking at context and comparing the languages to known vocabulary, Goddard was able to deduce these are not three synonyms within the same language, nor do they indicate three different types of beaver.

“There are major differences in these languages—not just saying a few different words,” Goddard said.

One manuscript indicates verbal inflection differences, both of the analyzed manuscripts have evidence for at least three different languages each and one language is found within both manuscripts.

The fact that these differences were recalled years after these bands had dispersed and fled north in the late 17th century supports a conclusion that the continuing linguistic diversity of the five distinct languages played an important role in maintaining separate, local ethnic identities. Goddard suggests the possibility that the village bands with distinct languages may have been integrated into a larger society by the systematic practice of patrilocal exogamy, with women marrying out of their home village. He notes a possible cultural parallel with the Sui of the Guizhou Province of China where the women leave their villages and marry into other communities that speak sharply different dialects: “A woman continues to speak her own dialect, while her children speak the local language of their father. Diverse dialects are maintained within a relatively small, integrated society.”

This discovery potentially provides another example of this cultural practice, explaining how distinct languages could have been maintained by small, politically linked neighboring villages—shining a light on the understanding of human behavior and various factors of group identity.

There were once more than 400 Native North American languages originally spoken, though now there is less than half that. As more research is done, languages that were once thought to be one tongue may be found to contain several distinct languages. Goddard wonders if there was perhaps a larger political organization that joined together the village bands. Besides showcasing similar vocabulary and grammar, the languages help highlight similarities and differences among the native New Englanders at the time.