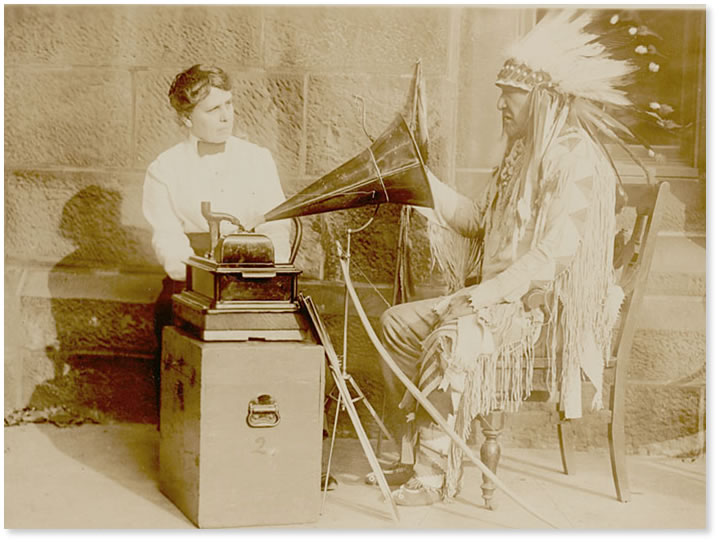 The Smithsonian’s Recovering Voices Initiative will host a variety of film programs in conjunction with its inaugural Mother Tongue Film Festival. The festival will begin on United Nations Mother Language Day, Sunday, Feb. 21, with feature and short-length films representing 20 languages from nine countries. This festival celebrates the importance of the mother tongues of the many indigenous communities around the world. Non-English language films will be showcased as will films about language revitalization and the quest to teach younger generations languages that are rapidly disappearing.

The festival will run through Saturday, Feb. 27, at multiple locations across the Smithsonian and Washington, D.C. Complete festival listings, times and locations are available at www.recoveringvoices.si.edu. Doors will open approximately 30 minutes before each show. All screenings are free and open to the public.

“Language diversity is one of humanities’ most remarkable achievements” said Josh Bell, curator of globalization at the Smithsonian’s National Museum of Natural History. “The Mother Tongue Film Festival seeks to foster a greater appreciation of this diversity while giving filmmakers a forum to share their portraits of communities’ challenges and triumphs to keep these languages alive.”

Two screenings will take place opening day, Feb. 21, at the National Museum of Natural History’s Baird Auditorium: A special showing of Star Wars: Episode IV A New Hope translated into Navajo (with English subtitles) at noon, followed at 3 p.m. by the premiere of Breath of Life, a documentary film showcasing the work and research by Native American community scholars taking place through the Breath of Life Archival Institute for Indigenous Language (nationalbreathoflife.org). These features will be accompanied by short films and a discussion with filmmakers and linguistic experts.

Other highlights of the festival are the Monday, Feb. 22, screening of Loreak by Jon Garaño and Jose Mari Goenaga in Euskara, the language of the Basque people from northern Spain and southwestern France, at the Atlantic Plumbing Cinema. Loreak is presented in partnership with the Smithsonian Folklife Festival’s 2016 Basque: Innovation by Culture program.

On Saturday, Feb. 27, One Voice… Our journey begins with song by Lisette Marie Flanary tells the real-life story of the Kamehameha Schools Song Contest through the eyes of the student song directors as they prepare to compete in a celebration of the revitalization of the Hawaiian language.

Highlights of the short films presented include Search for the World’s Best Indian Taco by Steven Paul Judd (Choctaw/Kiowa), Byron Nicholai of I Sing, You Dance by Tara Young, Little India by Mahesh Pailoor and Shimásání by Blackhorse Lowe (Navajo).

Closing night, Friday, Feb. 26, will feature The Dead Lands by Toa Fraser (iTaukei). This program is presented in cooperation with the Embassy of New Zealand as a Dinner & a Movie evening screening in the Rasmuson Theater at the National Museum of the American Indian. The Mitsitam Café will remain open after museum hours until 6:45 p.m., with the free film presentation beginning at 7 p.m. A discussion with the producer, Tainui Stephens (Te Rarawa) will follow the screening.

Funding support for the Mother Tongue Film Festival has been provided by the three Smithsonian Recovering Voices partners across the Institution: National Museum of the American Indian, National Museum of Natural History and Center for Folklife and Cultural Heritage. BloomBars DC has donated a screening location.

Recovering Voices is an initiative of the Smithsonian Institution founded in response to the global crisis of cultural knowledge and language loss. It collaborates with communities and other institutions to address issues of indigenous language and knowledge diversity and sustainability. Three collaborating Recovering Voices programs are located in the National Museum of the American Indian, National Museum of Natural History and Center for Folklife and Cultural Heritage.