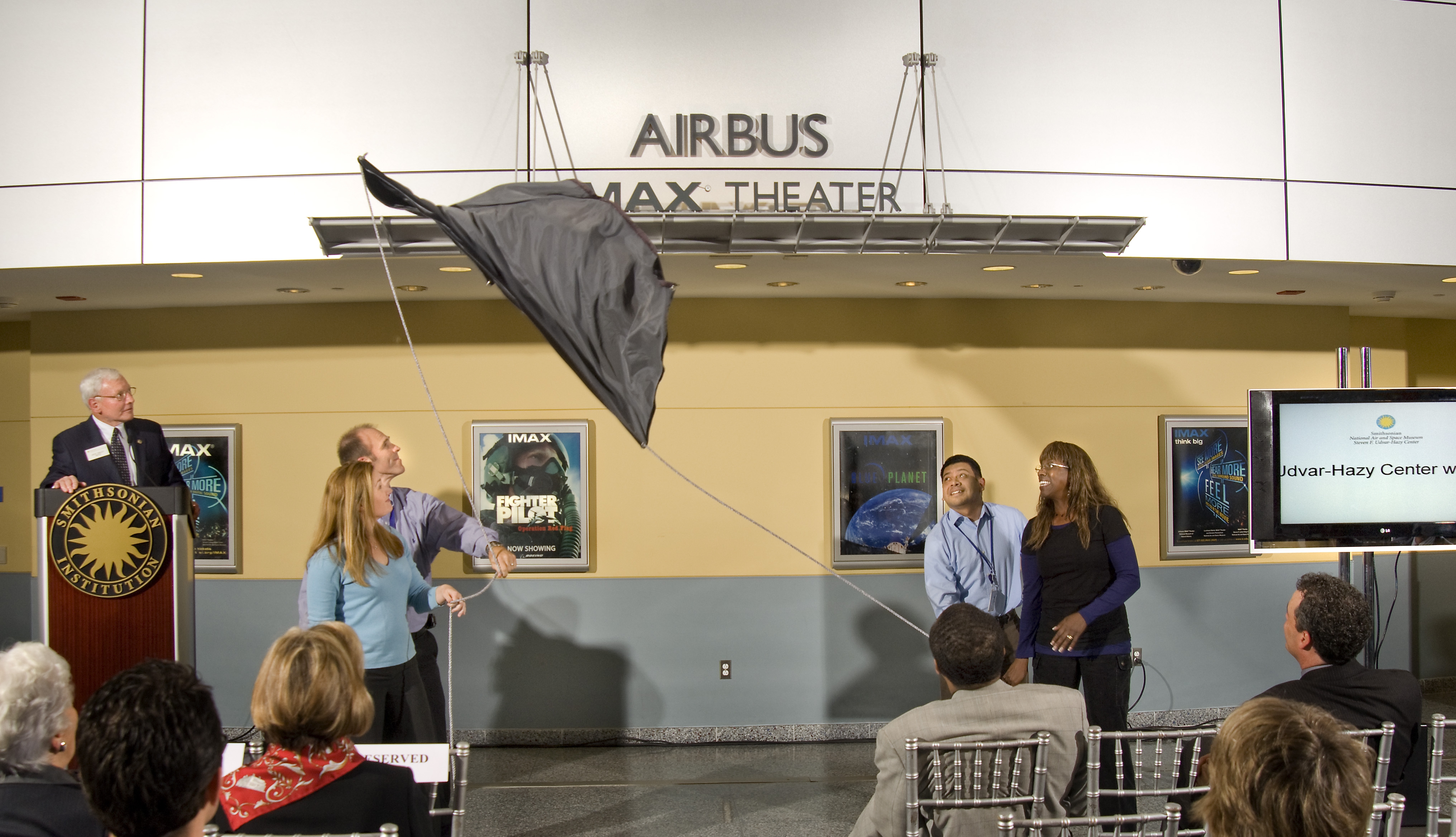 Smithsonian Theaters is launching IMAX’s new laser projection system in the Airbus IMAX Theater at the Steven F. Udvar-Hazy Center in Chantilly, Va., May 1—just in time for the release of Marvel’s latest film, Avengers: Age of Ultron. The new system represents a quantum leap forward in cinema technology—providing audiences with the sharpest, brightest, clearest and most vivid digital images ever, combined with a new level of immersive audio.

The Airbus IMAX Theater will be among the first few theaters in the world to feature this cutting-edge technology. The Airbus Theater’s 86-by-63-foot screen is one of the largest screens in the region. The theater’s upgrade will include a brand-new screen and new state-of-the-art 3-D glasses that optimize the laser-system experience in addition to the new sound and projection system. The theater will reopen with a new lineup of films, including Journey to Space, Living in the Age of Airplanes, Avengers: Age of Ultron, and coming soon: Tomorrowland.

The new IMAX laser system is a reimagination of the movie-theater experience. The dual 4K laser projection system is equipped with a new optical engine and suite of proprietary technologies capable of projecting an image with up to a 1.43:1 aspect ratio with maximum resolution and sharpness, unparalleled 2-D and 3-D brightness, industry-leading contrast and an expanded color gamut that will allow filmmakers to present more vivid and exotic colors than ever before.

The next-generation sound system delivers greater power and precision for ultimate audio immersion. The new system has been upgraded to 12 discrete channels plus sub-bass, and includes additional side channels and new overhead channels that will improve the system’s ability to position sounds around the audience.

“Airbus is proud to be a longtime supporter of the National Air and Space Museum, and we are very pleased with these improvements being made at the Airbus IMAX Theater,” said Barry Eccleston, president of Airbus Americas. “The enhanced experience offered to theater goers by the new laser projection system will serve to underscore why the Steven F. Udvar-Hazy Center is a truly ‘can’t-miss’ destination for visitors in the National Capital area.”

Tickets are available at the Airbus IMAX Theater box office or online at www.si.edu/imax. Groups of 10 or more may reserve tickets now for any date during the film’s expected run by calling 866-868-7774 or visiting www.si.edu/groupsales. The Airbus IMAX Theater is located on the second floor of the Steven F. Udvar-Hazy Center in Chantilly, Va., which is located at 14390 Air and Space Museum Parkway.