Concerts Feature Sounds and Images From Afghanistan, the UAE, the Ozarks and More
June 2, 2022
News Release 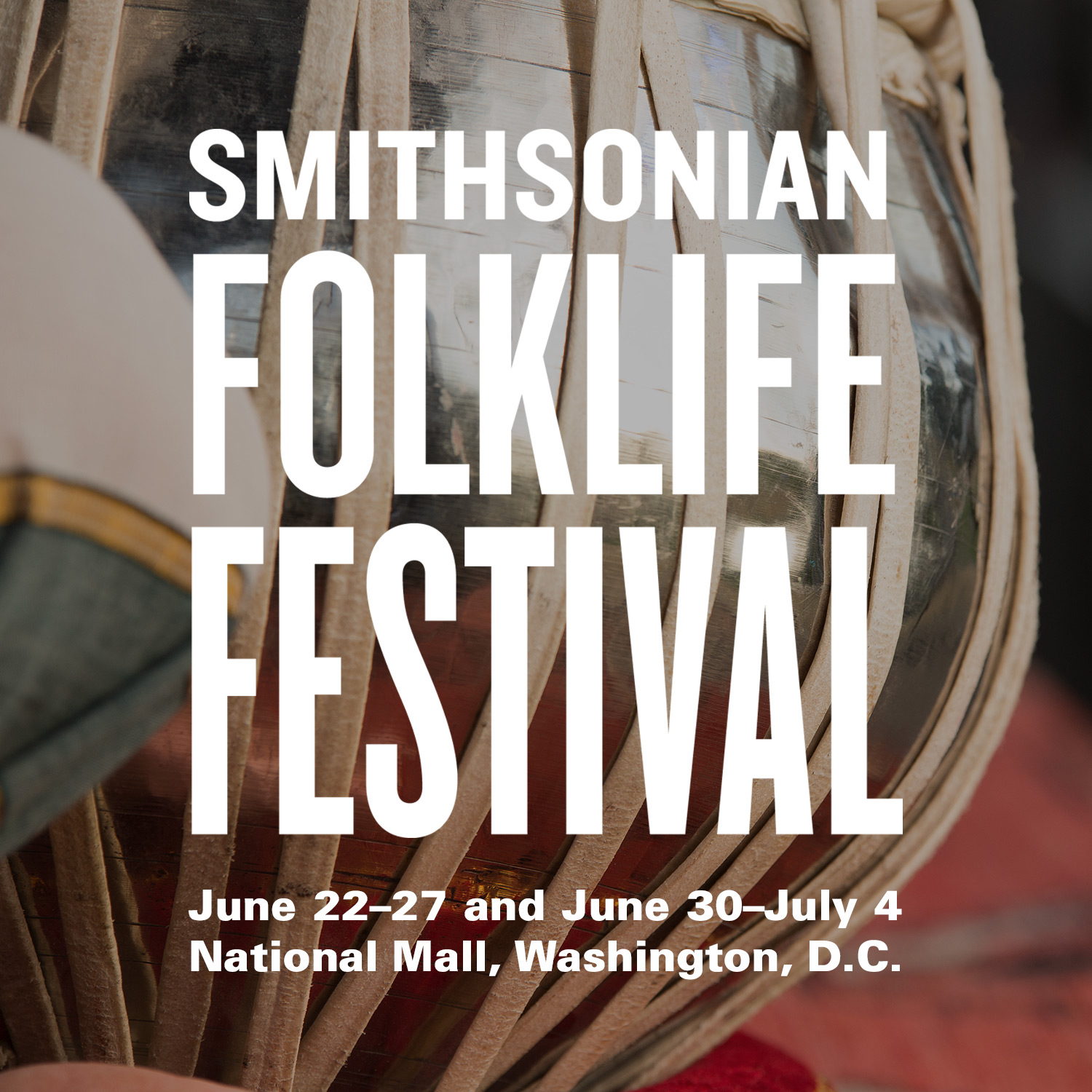 The 2022 Smithsonian Folklife Festival, returning to the National Mall June 22–27 and June 30–July 4 after a two-year hiatus, will present free performances by musicians steeped in traditions that span the globe. After daytime activities wrap at 6 p.m., the festival transforms into a lively music venue and outdoor movie theater. These events are free and open to the public and will be presented on the Ralph Rinzler Main Stage located on the National Mall between Seventh Street and 12th Street. In addition, the selected concerts will be livestreamed on the festival’s YouTube channel. Food is available for purchase at the festival’s concessions or visitors can bring their own and enjoy a picnic on the National Mall. American Sign Language interpretation and live, real-time captioning will be provided both in person and online.The schedule includes a dynamic lineup of concerts and film screenings:

Friday, June 24, at 6 p.m.: Folklife on Film: My Garden of a Thousand Bees
The festival presents an outdoor screening of the one-hour documentary film My Garden of a Thousand Bees. Taking refuge from the pandemic, acclaimed wildlife filmmaker Martin Dohrn sets out to record the incredible variety of wild bees in his small urban garden. The film is a production of Passion Planet, the WNET Group and HHMI Tangled Bank Studios in association with Ammonite Films. The screening is presented by HHMI Tangled Bank Studios, a mission-driven production company dedicated to crafting compelling, immersive films about science and scientists.

Sunday, June 26, at 4 p.m.: Next Up 2023: Ode to the Ozarks
Providing a preview of the 2023 Folklife Festival, this special performance features old-time Ozarks music, blending fiddling, folk songs and mountain music. A trio led by David Scrivner will present an Ozarks jam session, followed by Sylamore Special, a group of five teenagers based in Mountain View, Arkansas.

Saturday, July 2, at 6:30 p.m.: FolkLIVE: A View from the Streets—Urban Culture in the UAE
From hip-hop and trap to “calligraffiti” and spoken word, the UAE is a global crossroads of culture and creativity. This concert illuminates the country’s sonic diversity with performances by Arabic drill and trap pioneer Mustafa Ismail aka Freek, spoken-word artists Maitha Al Suwaidi, Dorian “Paul D” Rogers, and Jaysus Zain; polymath Philip Rachid aka Soultrotter with break dancers Lana Ramadan and Zilla, and a transmedia collaboration from Michael Ang, aka Mang, Diaa Allam and Tegan McDuffie. The night ends with a screening of Rachid’s It Ain’t Where You From, a portrait of the UAE’s underground street dance scene, commissioned by The Arts Center at NYU Abu Dhabi and the Shubbak Festival (London). Curated by Bill Bragin/The Arts Center at NYU Abu Dhabi.

Sunday, July 3, at 5 p.m.: Next Up 2023: Sounds of Multifaith America with Riyaaz Qawwali
The final festival performance offers a look ahead to 2023 and one of next year’s featured programs, “Creative Encounters: Living Religions in the U.S.” Dedicated to sharing a 700-year-old genre of Sufi devotional poetry and music from South Asia with a broad American audience, Houston-based Riyaaz Qawwali will offer a stirring program connecting faiths and cultures. Support is provided by Lilly Endowment’s Religious and Cultural Institutions Initiative.

Accessibility
The festival strives to maintain an accessible and inclusive environment for visitors of all abilities. Accessible seating is available at all performance venues, and a limited number of wheelchairs are available for loan each day. Assistive listening devices are available, and American Sign Language interpretation, real-time captioning, and audio description services will be offered for a wide range of events. Additional resources and supports will be available onsite, including Large-print and Braille materials and a festival sensory guide.

Updated information, resources and accessibility service schedules for the Folklife Festival are available.

About the Festival
The Smithsonian Folklife Festival, inaugurated in 1967, honors contemporary living cultural traditions and celebrates those who practice and sustain them. Produced annually by the Smithsonian’s Center for Folklife and Cultural Heritage in partnership with the National Park Service, the Festival has featured participants from all 50 states and more than 100 countries. Follow the Festival on Facebook, Twitter, Instagram and YouTube.

Note to editors: Photos are available via Dropbox.