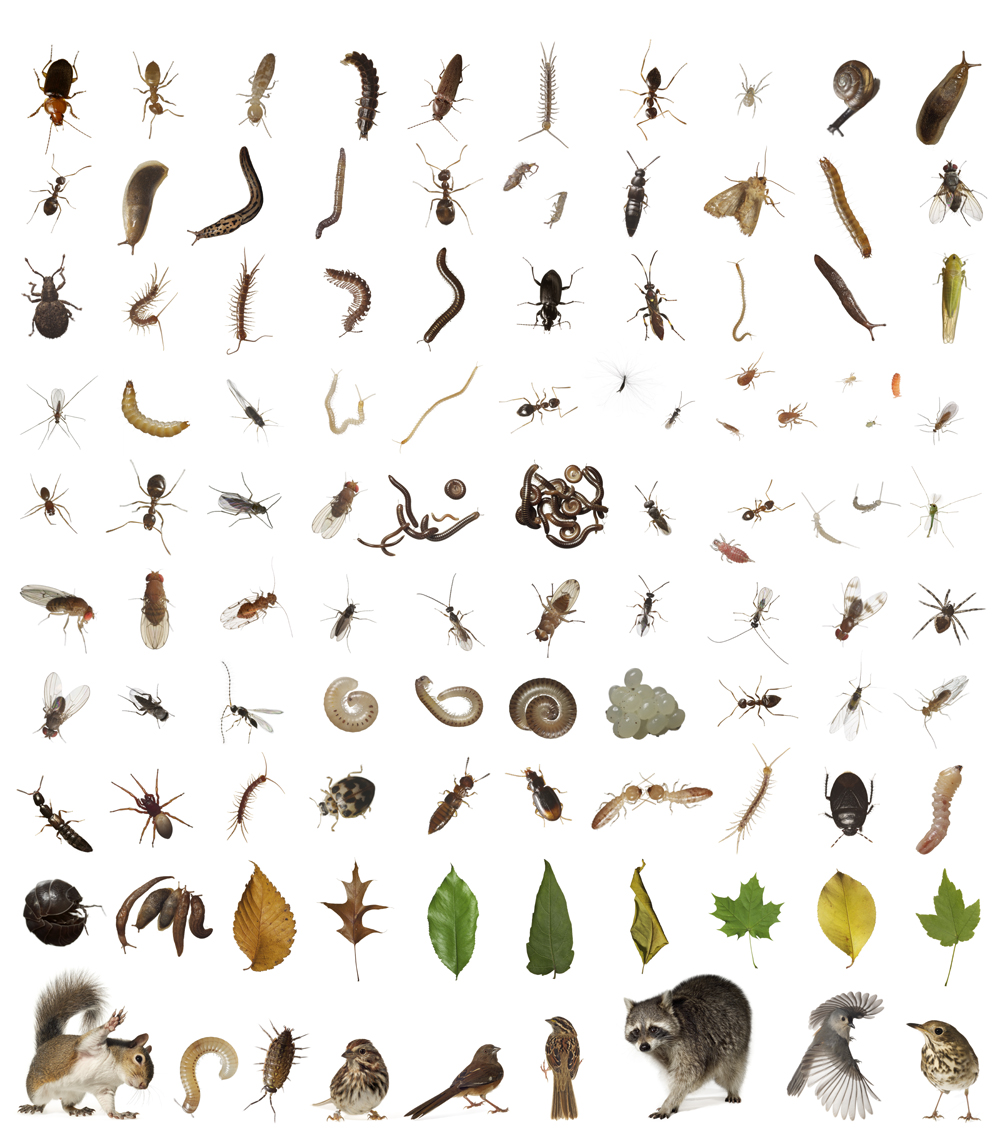 The exhibition “Life in One Cubic Foot” follows the research of Smithsonian scientists and photographer David Liittschwager as they discover what a cubic foot of land or water—a biocube—reveals about the diversity of life on the planet. The 1,100-square-foot exhibition opens Friday, March 4, in the Focus Gallery of the Sant Ocean Hall at the Smithsonian’s National Museum of Natural History.

A biocube—the tool at the heart of the exhibition—is a 1-by-1-by-1-foot green-framed cube that organisms from the surrounding environment can enter and pass through. Biocubes featured in the exhibition were placed in environments across the globe to learn what forms of life, both known and unknown, could be found in the cube during the course of a 24-hour day. In addition to exploring life through the exhibition, visitors are also invited to participate in citizen science and uncover the biodiversity in their backyard by creating and monitoring their own biocube.

“Life in One Cubic Foot” explores life from exotic environments, like the coral reefs of French Polynesia, the alien mid-water ocean off the coast of California and more familiar locales, like New York City’s Central Park. Hundreds of different organisms ranging in size from the head of a pin to the full size of the biocube are featured in the exhibition through collages of photographs and four exhibition videos.

Biocubes in the exhibition were not only used by scientists to explore what is already known about life on Earth but also to spotlight how much biodiversity remains for aspiring scientists to discover. Scientists estimate that there are more than 1 million species still unknown or unnamed by scientists. Environmental changes, like climate change and other man-made forces, are taking their toll on life around the world, both discovered and unidentified. Global efforts to understand the impact of these changes and answer questions about how to manage the complex dynamics of wildlife and natural resources will be improved as gaps in the tree of life are filled.

“Biocubes offer us a standardized lens to bring into focus the mosaic of richness and beauty that is found in nature, highlighting both the known and unknown in spectacular fashion,” said Chris Meyer, Smithsonian scientist. “In ‘Life in One Cubic Foot,’ we framed the biocube approach against the backdrop of efforts to survey all life on a single island in the Pacific. In doing so, we recognize the challenge and opportunity ahead for documenting the remaining life globally.”

Small and remote, the island of Mo’orea in French Polynesia is an ideal model ecosystem for documenting biodiversity, especially across its rich coral reef ecosystems. In addition to a biocube placed on a reef off the island, Meyer and his colleagues with the Mo’orea Biocode Project deployed biocube-sized devices, called Autonomous Reef Monitoring Structures (ARMS), in the waters surrounding the Pacific island. ARMS allow scientists to expand on early biodiversity inventories to create the most comprehensive census of a reef community to date. Using cutting-edge DNA sequencing technology, researchers determined that up to one half of the species found in these ecosystems are undocumented and awaiting discovery.

While coral reefs are among the most studied biodiversity hot spots throughout the world, the world’s largest ecosystem is also one of the least studied: the midwater. Cold and dark, this ecosystem lies between the ocean’s surface and the seafloor. Through the efforts of Smithsonian and Monterey Bay Aquarium Research Institute, scientists are exploring the diversity of life in the midwater ocean.

“There are so many unanswered questions about midwater life, even entirely unknown groups of animals,” said Karen Osborn, Smithsonian scientist. “I want to know what’s there and what role it plays in the function of our ocean. How to compare such a vast and dynamic habitat with any other is challenging. The biocube gave us a way to compare ‘apples to apples’ and to share the incredible diversity, beauty and wonder of the animals that few of us get to experience firsthand.”

Only 60 feet from the California shore, the ocean floor drops steeply into the Monterey Submarine Canyon, where a midwater biocube was suspended using a remotely operated vehicle, or ROV. Scientists calculated that 3¼ miles (5 kilometers) of water would drift through the biocube through the course of a normal spring day off the California coast. That water would hold more than 200 animals large enough to see on video—some riding the currents, others migrating up and down to feed and still others chasing a meal. “Life in One Cubic Foot” offers visitors the chance to witness some of the beautiful, bizarre and highly adapted animals observed and collected from the midwater.

After seeing how scientists use the concept of one cubic foot to understand the diversity of life in the field, visitors can learn how biocubes have been used to uncover life in more familiar places. They are invited to build their own biocube and contribute to citizen science by studying and sharing discoveries from their neighborhood habitats. Visitors can explore the museum’s website to watch a video about biocubes and learn on how to build, deploy and study their own biocube, sharing their findings with the greater scientific community.