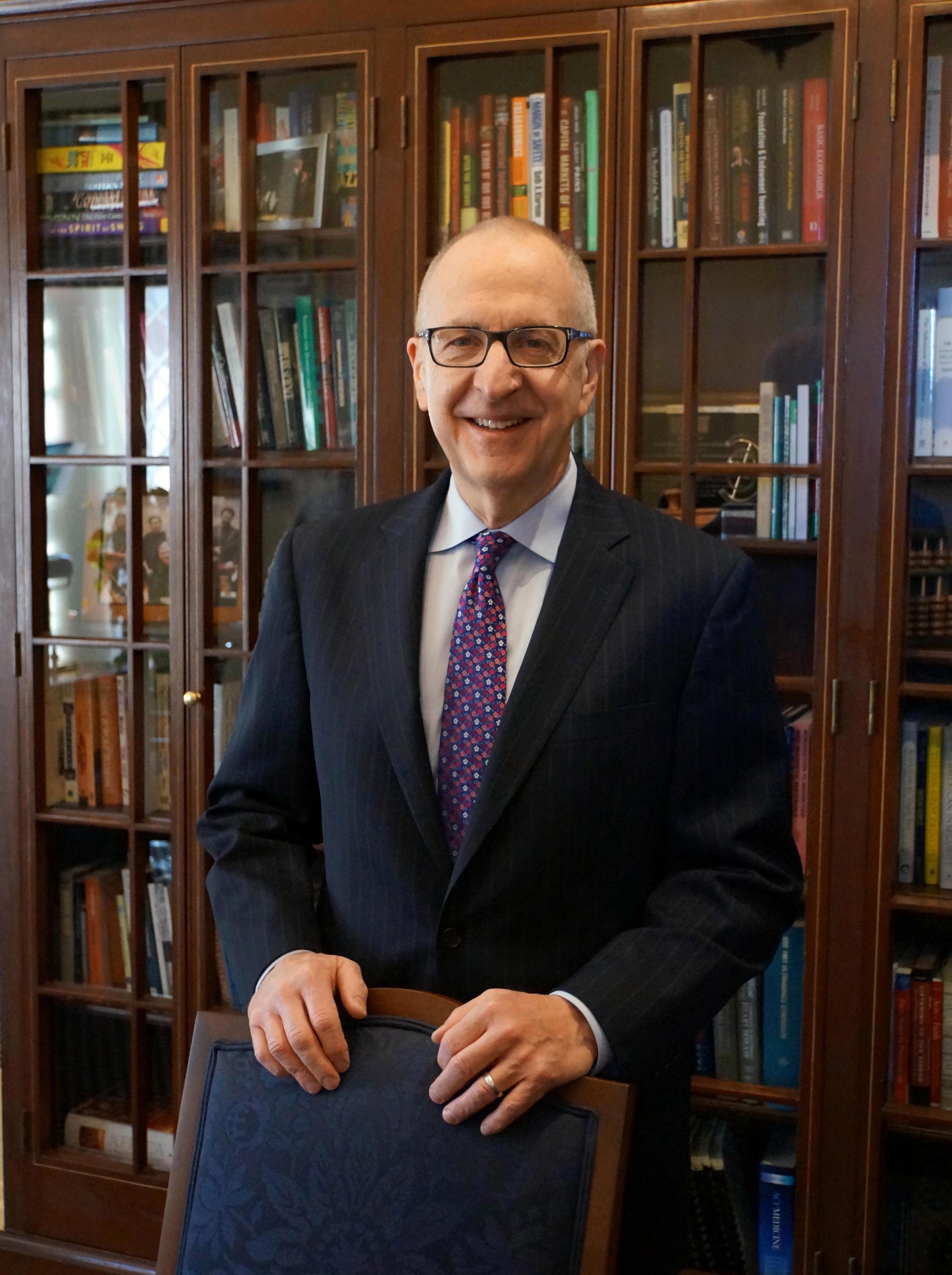 Secretary Dr. David Skorton will leave the Smithsonian in June 2019, after serving four years as leader of the Institution. He will transition the organization during the next six months. Skorton, a board-certified cardiologist, will become president and CEO of the Association of American Medical Colleges (AAMC), effective July 15, 2019.

Skorton notified Smithsonian Chancellor and Chief Justice of the United States John G. Roberts, Jr. In receiving the news, Roberts said, “The Regents, and the Smithsonian, are fortunate to have had Secretary Skorton’s leadership, vision and commitment during a crucial period when the Smithsonian is expanding its reach and focusing its research and educational efforts. He has laid a solid foundation for the Institution’s future.”

Under Skorton’s leadership, the Smithsonian developed its bold strategic plan that envisions a more unified Smithsonian that engages and inspires more people and catalyzes critical conversations on important issues. In addition, the Smithsonian opened the National Museum of African American History and Culture. Skorton also unveiled the Smithsonian’s plans for a collaboration with the Victoria and Albert Museum in London, a plan that will mark the first time the Smithsonian has a permanent gallery in another country. In 2018, he guided the conclusion of the Smithsonian’s successful capital campaign, which raised $1.88 billion, exceeding its goal of $1.5 billion.

“We are grateful for Secretary Skorton’s leadership and commitment to the Smithsonian,” said David Rubenstein, chair of the Board of Regents. “During his tenure, he has developed and started the implementation of a strategic plan that will drive the Institution forward and to greater heights. We recognize his passion for medicine and that this is a natural transition for him. We wish him much continued success.”

“It has been an honor and privilege to serve as the 13th Secretary of the Smithsonian,” Skorton said. “It will not be easy to leave the Smithsonian. As most know, I have always been a doctor at heart. Part of my lifelong determination has been to positively affect health care, be a voice for patients and learners, and drive change for positive outcomes in the medical field. This new opportunity to lead AAMC will allow me to participate in shaping the future of health care.”

Skorton is highly regarded for his efforts and determination to engage and ensure that the Smithsonian represents all, and that visitors “see themselves” in Smithsonian museums. In 2018, he launched the Smithsonian American Women’s History Initiative, “Because of Her Story,” to highlight and tell a more complete story of women and their achievements and contributions to the nation. He oversaw the plans to open the Smithsonian’s first Latino gallery space dedicated to celebrating the U.S. Latino experience, and established the Smithsonian Secretary’s Youth Advisory Council as a way to gain advice from young people. In addition, his thought leadership and focus on convening conversations has highlighted the importance of national dialogues and exchanging of ideas.

“I have often said that the Smithsonian is a national treasure and I mean it,” Skorton said. “I will leave with great memories, incredible experiences and in awe of the great work this institution does every day. I’m proud of the strategic plan and confident that the next Secretary will be in a position to fully implement it.”

Skorton will begin working immediately to ensure a smooth transition of leadership so that the Smithsonian’s work is uninterrupted. He will continue to lead the effort to execute the five-year strategic plan launched in 2017.

“As we look toward celebrating the 175th anniversary of the Smithsonian in 2021, the Smithsonian will continue to strive to have greater reach, greater relevance and greater impact,” said Regents Vice Chair Steve Case. “I was honored to work closely with Secretary Skorton throughout his tenure, and I am grateful for the leadership he provided in putting together a new strategic plan and building a strong team to execute it. I—and all members of the Board of Regents—look forward to working with the senior leadership team to continue the Smithsonian’s great work and recruiting a new Secretary to lead the next chapter of this treasured institution.”

The Smithsonian’s governing body, the Board of Regents, is forming a committee to conduct a national search for a new Secretary. The goal is to select the next Secretary before Skorton leaves to ensure a smooth transition.