QVC Scheduled to Broadcast Live from the Smithsonian Castle 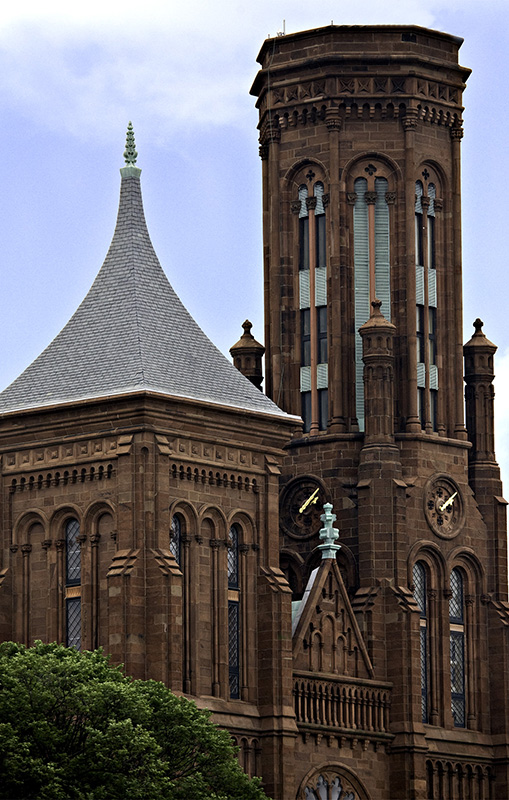 The Smithsonian Institution—National Gem Gallery collection draws inspiration from the famous pieces in the museum’s collection, including the Hope diamond, Marie Antoinette’s diamond earrings, the Hooker yellow diamonds, the Carmen Lúcia ruby ring, the Blue Heart diamond and the Cullinan Blue Diamond Necklace. The assortment of 31 new jewelry pieces that will be unveiled during the broadcast will include necklaces, bracelets, earrings, pendants and rings, and will range in price from $33 to $470.

“The jewelry for this program is inspired by some of the most beloved items in the National Gem Collection,” said Carol LeBlanc, director, consumer products, Smithsonian Enterprises. “This line will give the QVC audience the opportunity to own an affordable, wearable piece of jewelry based on one of the most incredible collections in the world.”

During the two-hour broadcast, viewers will also be given an exclusive inside look at the Smithsonian through feature footage of the Smithsonian Castle, the National Museum of Natural History and other Smithsonian museums.

“It is an honor to broadcast from inside one of the nation’s iconic landmarks,” said Lisa Morrisey, vice president of merchandising for QVC. “We are thrilled to have the opportunity to not only offer our shoppers such exquisite jewelry pieces but to also give them an inside look at the Smithsonian Castle. This is truly one show that our customers won’t want to miss.”

The Smithsonian Institution—National Gem Gallery collection is available through QVC at QVC.com or 1 (800) 345-1515.

QVC Inc., a wholly owned subsidiary of Liberty Media Corporation attributed to the Liberty Interactive Group, is one of the largest multimedia retailers in the world. QVC is committed to providing its customers with thousands of the most innovative and contemporary beauty, fashion, jewelry and home products. Its programming is distributed to approximately 195 million homes worldwide. The company’s website, QVC.com, is ranked among the top general merchant Internet sites. With operations in the United Kingdom, Germany, Japan and Italy, West Chester, Pa.-based QVC has shipped more than a billion packages in its 24-year history. QVC, Q and the Q Ribbon Logo are registered service marks of ER Marks Inc.