Photograph of Rev. Billy Graham by Yousuf Karsh On View at the National Portrait Gallery 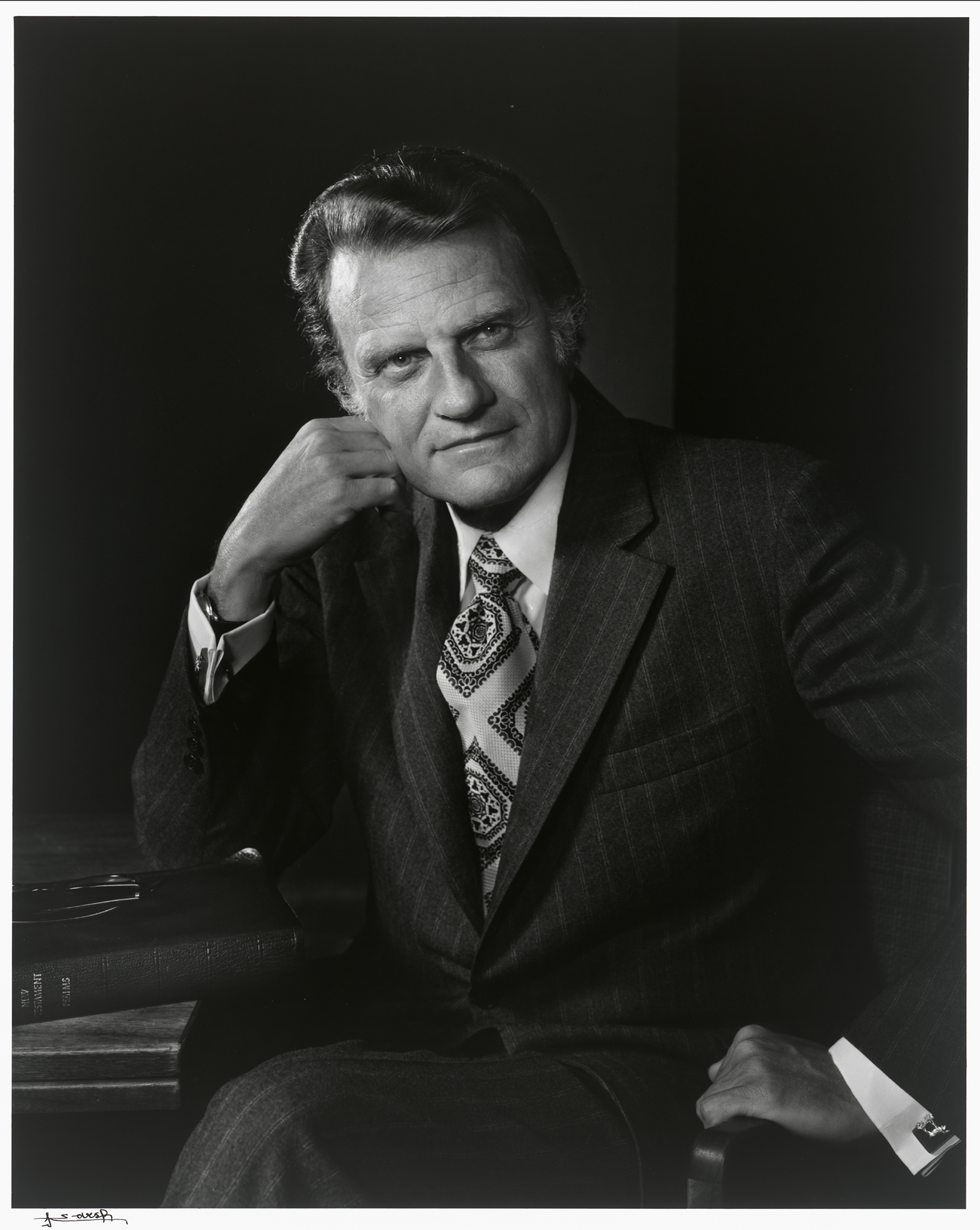 The Smithsonian’s National Portrait Gallery recognizes the life and accomplishments of Rev. Billy Graham with a photograph by Yousuf Karsh taken in 1972. The portrait will be installed this morning in the museum’s In Memoriam space, on the first floor. It will be on view through Sunday, March 25. Media are invited to view and photograph the portrait during a special open house Thursday, Feb. 22, at 11:30 a.m.

Evangelical Protestantism has been a major religious movement, as well as a social and cultural force, in America, from the 18th-century’s Great Awakening to the present. In the modern era, Graham is considered one of the movement’s most recognized leaders. He was extremely charismatic and preached to huge crowds, but his intention was always individual salvation. “My one purpose in life,” Graham said, “is to help people find a personal relationship with God, which, I believe comes through knowing Christ.” Graham, who grew up on a dairy farm, was converted when he was a teenager and later became a traveling evangelist. Through his ministry and worldwide crusades, he emerged as a religious institution in his own right. His appeal was grounded in his riveting stage presence and his espousal of an “enlightened fundamentalism,” one that retained the evangelical’s passion without overpowering the message with emotion.

An image of his portrait is available for press at newsdesk.si.edu; it can also be photographed or filmed in the museum. For access, contact Marielba Alvarez at alvarezma@si.edu.