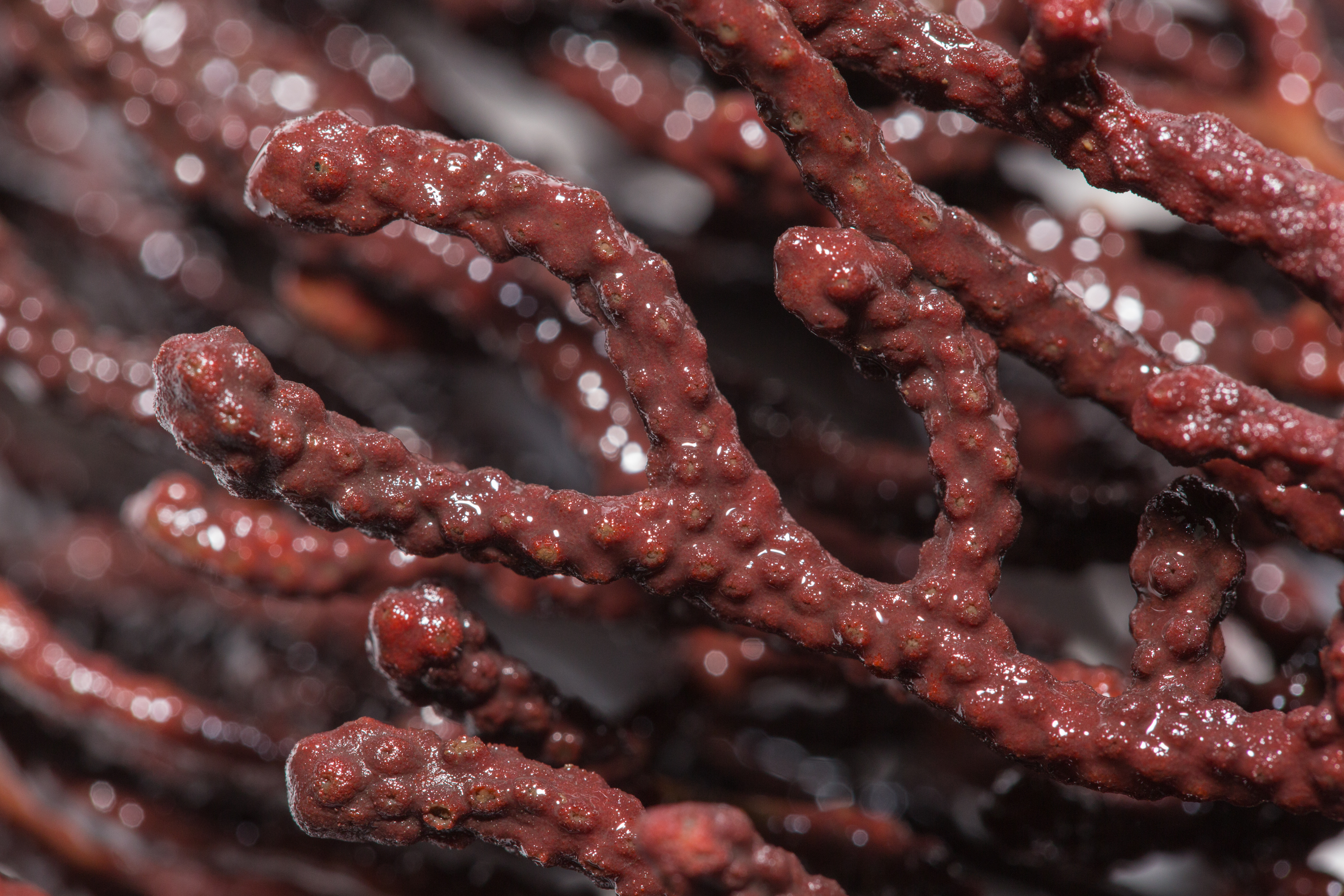 What animal can live to be thousands of years old, is often mistaken for a plant, tolerates extreme conditions in cold, dark oceans to 3000 meters (almost 10,000 feet) below the surface and may die when it comes into contact with relatives? Scientists at the Smithsonian Tropical Research Institute (STRI) named three new species from this group of animals, the octocorals: Adelogorgia hannibalis, A. osculabunda and A. adusta, which they recently named in the journal Zootaxa.

“We collected these animals during sea-bottom trawling surveys on the R/V Urraca and the R/V Victor Hensen along the Pacific coast of Costa Rica in 1993, and on two expeditions to Hannibal Banks in Coiba National Park by the M/V SeaHunter using the submersible DeepSee,” said Hector Gúzman, STRI staff scientist. “Scientific SCUBA divers rarely go much below about 45 meters (150 feet). Every time we go deeper we find species new to science, but the extremely high cost of expeditions means that we rarely have the opportunity to make discoveries like this.”

Octocorals take their name from the eight feeding arms extending into the water around a central hole that serves as both mouth and anus. The new publication provides a taxonomic key or guide for the identification of the five species in the genus Adelogorgia by Odalisca Breedy, first author and octocoral specialist at the University of Costa Rica.

Breedy follows in the footsteps of Frederick Merkle Bayer (1921–2007), a prominent marine biologist and curator at the Smithsonian’s National Museum of Natural History whose specialty was also soft corals. He first named the genus Adelogorgia in 1958 based on a specimen that he found near La Jolla, Calif., at depths greater than 30 meters (90 feet). He collected one other specimen while SCUBA diving near the Galapagos Islands in 1978.

“For many years, people thought that this genus of octocorals was extremely rare, but, as in the case of many deep-sea animals, when we can afford to look, we find more,” Breedy said. “The habitat and geographic distributions of this group are much wider than previously suspected.”

“We tell them apart based on their color, by their branching patterns and by the structure of their sclerites, mineralized, fractal-like structures organized around an organic matrix, which are unique to each species,” Breedy said.

Colonies of A. hannibalis are bright orange, sparsely branched and flexible, with prominent mounds of polyps. Found at 184 meters (603 feet) using the DeepSee submersible, Breedy and Guzman named this species for the location in Panama’s Coiba National Park where it was found. Hannibal Banks is a seamount that rises from about 500 meters (1640 feet) deep to 45 meters (150 feet). It takes its name from the survey ship, USS Hannibal, that discovered the seamount in 1934. The ship is named for the Carthagian general, one of the greatest military commanders in history.

Colonies of A. adusta, also found on Hannibal Bank, are bright red and bushy, with slightly raised polyp mounds with red, dark orange and colorless sclerites. Adusta means burnt or scorched and refers to the color of the colony. In the Fable of Polifemo and Galatea by the Spanish poet Luis de Góngora, Adustus was the son of the Pyrenees Mountains who suffered death by fire.

Colonies of A. osculabunda are pink and bushy with abundant branching and have prominent red polyp mounds. “We found this species in bottom trawls on sandy, muddy-sandy or rocky sea bottoms at a number of sites along the coast of Costa Rica and in the Pearl Islands in Panama at 80 meters (262 feet),” Breedy said. “We named it oscula, the Latin word for little mouth or kiss, and abunda, because it is covered with these structures.”

Breedy and Guzman also sequenced DNA from the five species to confirm the identities of these octocorals in the family Plexauridae. The sequences are available at the U.S. National Center for Biotechnology Information.

Not only do octocorals face increasing pressure from predators like sea stars, worms and jellyfish, in many parts of the world trawling for fish has scraped the sea floor clean of octocorals and other sea life.