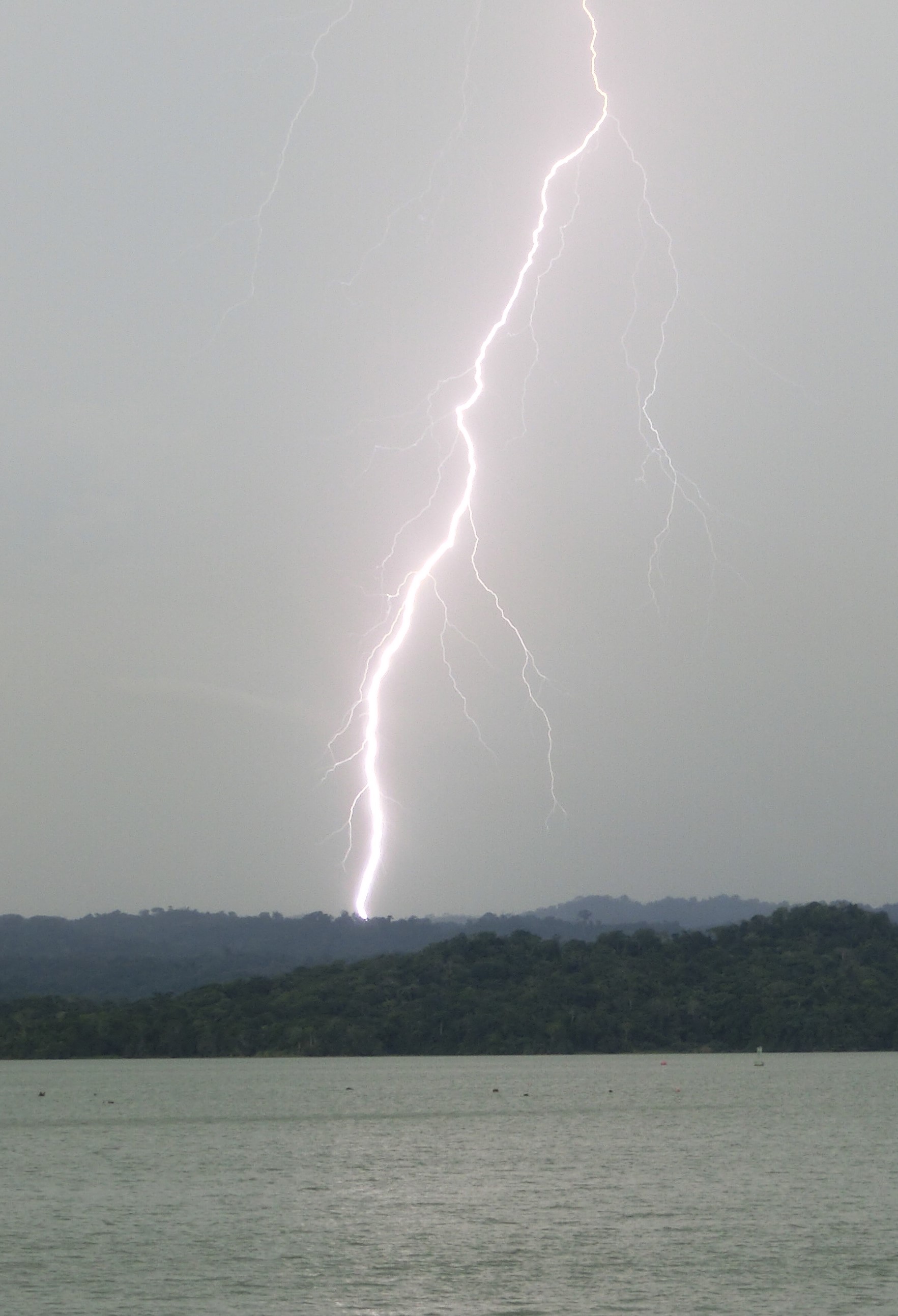 Researchers at the Smithsonian Tropical Research Institute (STRI) in Panama have published dramatic maps showing the locations of lightning strikes across the tropics in Global Change Biology. Based on ground and satellite data, they estimate that more than 100 million lighting strikes on land each year will radically alter forests and other ecosystems in the region between the Tropic of Cancer and the Tropic of Capricorn.

“Lightning influences the ability of forests to store biomass, and therefore carbon, because it tends to strike the largest trees,” said Evan Gora, a post-doctoral fellow at STRI who recently finished his doctorate at the University of Louisville. “And lightning strikes may also be very important in savanna ecosystems.”

Because lightning is so challenging to study, it has been overlooked as a change-agent in tropical forests where researchers focus their energy on more obvious disturbances like drought, fire, and high winds.

In a previous study, the first to examine the effects of lightning on a tropical forest landscape, the same team found that lightning probably kills half of the biggest trees in a Panamanian forest. Tropical ecologist Steve Yanoviak, study coauthor and professor at the University of Louisville who was studying ants in the tropical forest canopy—and often thought about the role of lightning while climbing trees, invited lightning researchers Jeffrey Burchfield and Phillip Bitzer from the University of Alabama at Huntsville to set up lightning detectors at STRI’s Barro Colorado Island Research Station.

“We found that a lightning strike damages a total of 23.6 trees and kills 5.5 of these trees within a year, on average,” Yanoviak said.

Based on satellite data about strike locations and on-the-ground effects around 92 lightning strikes, including many from the previous study, Gora and his colleagues estimated that lightning damages approximately 832 million tropical trees each year. Roughly a quarter of the trees probably die from their injuries.

Gora and colleagues then asked whether there was a connection between the number of lightning strikes and the type of ecosystem, its biomass and climate variables like rainfall and temperature. They found that lightning strikes were more frequent in forests, savannas and urban areas than in grasslands, shrublands and croplands.

But more burning questions remain. No one knows why some trees survive lightning strikes while others die, although it is likely that trees have evolved ways of coping with such a common threat.

And, as climate change accelerates, polluted, hot air over cities may also increase the number of lightning strikes there. What will the effects be on vegetation in urban areas?

“This is the best evidence to date that lightning is a major disturbance influencing tropical forest dynamics and structure,” said STRI staff scientist and study co-author Helene Muller-Landau, “We suspect that our study vastly underestimates the total effect of lightning. Lightning strikes may play a major role in forest biomass/carbon cycling not only in tropical forests but also in other tropical ecosystems.”

The Smithsonian Tropical Research Institute, headquartered in Panama City, Panama, is a unit of the Smithsonian Institution. The Institute furthers the understanding of tropical biodiversity and its importance to human welfare, trains students to conduct research in the tropics and promotes conservation by increasing public awareness of the beauty and importance of tropical ecosystems. Promo video.