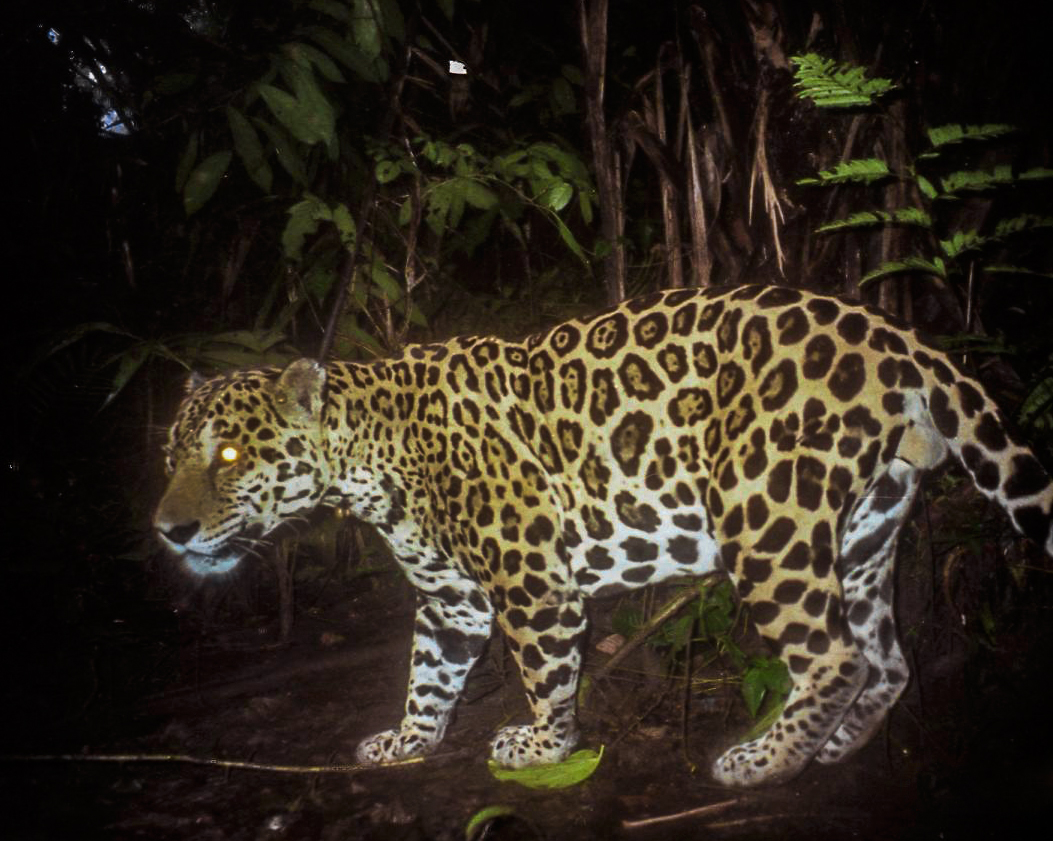 According to a new survey of residents living near two major national parks in Panama, jaguars deserve increased protection. Nature and wildlife are considered national treasures. But because most residents still support road-building in the parks, the survey team—including Ricardo Moreno, a Smithsonian Tropical Research Institute research associate—recommends further education to emphasize the connection between healthy ecosystems and jaguar survival.

“Attitudes of stakeholder groups are especially important to consider, as they can significantly affect policy, thus making the foundations of carnivore management as social and political as they are scientific,” the study concludes.

“According to our study, there is more human—jaguar conflict in Darién National Park, probably because communities are near larger tracts of unbroken forest, which is much better jaguar habitat,” Moreno said. “Ironically, the respondents’ ideas about roads into the parks are likely to increase this conflict and make effective park management significantly more challenging.”

Moreno’s jaguar camera-trapping work is featured in the new Smithsonian Channel production, Panama’s Animal Highway. He was recently chosen as one of National Geographic’s 2017 Emerging Explorers.

The survey team, including Jessica Fort, Clayton Neilsen and Andrew Carver from Southern Illinois University with Moreno and Ninon Meyer from Fundación Yaguará Panama and the Sociedad Panameña de Biología, surveyed 85 residents of 23 rural communities around Cerro Hoya National Park and 54 residents of five communities around Darién National Park. They interviewed one adult over 18 years of age per household, focusing on residents such as landowners and cattle ranchers, who were most likely to be affected by jaguars.

Retaliation for livestock predation is the primary cause of jaguar deaths: 96 percent of the estimated 230 jaguar killings between 1989 and 2014 were attributed to this cause.

Road building is another well-known cause of environmental degradation. Earlier this year, STRI research associate William Laurance published a paper in Science, stressing the importance of considering wildlife conservation during transportation infrastructure planning, because it is well known in the conservation community that roads “can unleash a Panadora’s box of environmental ills, such as land encroachment, wildlife poaching, forest fragmentation, exotic species invasions and illegal mining.”

At the beginning of the survey, respondents were asked to identify jaguars, pumas and ocelots from photographs. Only respondents who could distinguish between these species were included in the analysis. In both study areas, the majority of respondents were male. Researchers asked 32 questions to assess their socioeconomic status, personal experience with jaguars, perceptions and attitudes about jaguars and perceptions of the park and its management.

Nearly a third of respondents at Cerro Hoya admitted to hunting within park boundaries during the previous year, their preferred prey being the collared peccary, Pecari tajacu. No respondents in the Darién National Park group said they had hunted in the park in the previous year, but those who had in the past preferred the spotted paca, Cuniculus paca. Women in the survey were more likely to agree than men that they would be happier without jaguars.