Video of Páramo Moving Up and Down Mountainsides Puts Climate Change in Context
June 14, 2019
News Release 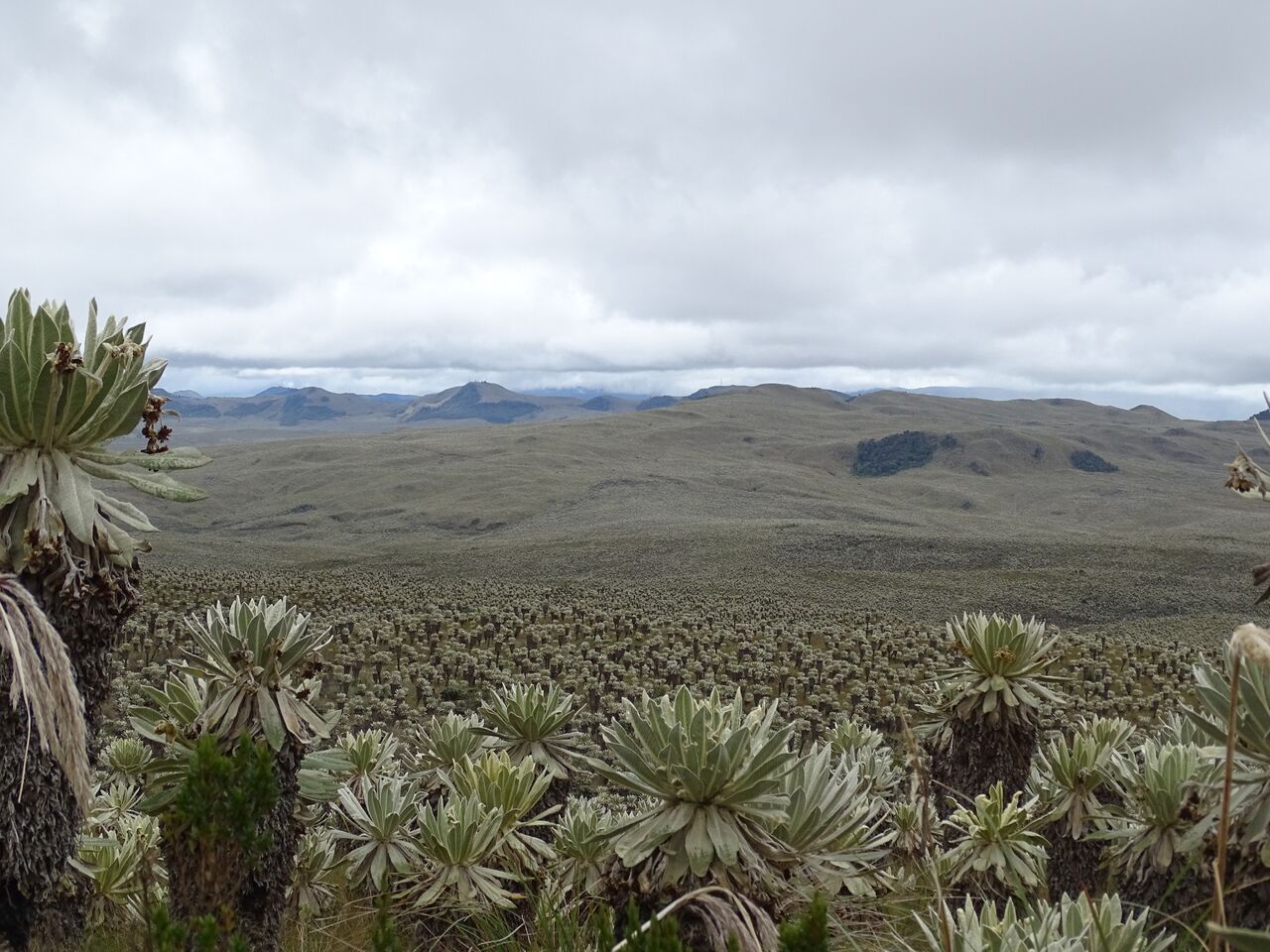 A new video shows how climate change connected and disconnected Andean “sky islands” during the past million years. The innovative mathematical model used to make the video was based on fossil pollen records and shows how the entire páramo habitat shifted. The model can predict climate change effects in mountainous regions around the world, according to an international team of scientists including authors from the Smithsonian Tropical Research Institute in Panama (STRI).

The páramo is an other-worldly habitat of stunted shrubs and alpine plants specially adapted to high winds, cold temperatures, poor nutrients and limited moisture. It exists in between the upper forest line, where trees dominate, and the snowline.

“Páramo habitat crept up and down mountain slopes, driven by dry glacial periods alternated with warmer, humid interglacial periods,” said Suzette Flantua, former STRI postdoctoral fellow, now at the University of Bergen, Norway. “Our model reconstructs the connectedness of páramo habitats in the hopes that it will give us a way to see how dynamic this system had been, and to test how and why new species evolved not only in the Andes but in mountainous regions everywhere.”

To visualize how páramo shifted in the past, researchers looked to a unique fossil record from Funza, Colombia. By driving a 100-meter-long drill pipe into ancient sediments, scientists extracted fossil plant pollen trapped there, revealing the migration of the forest line as temperatures changed during a million years.

As the average temperature at Funza fluctuated between 6 and 15 degrees Celsius, the forest line shifted between 1,900 to 3,500 meters above sea level.

During extremely cool global ice ages, temperatures in the Andes were 8 degrees Celsius cooler than today. Glaciers spread down mountainsides, pushing the páramos to lower elevations where they connected with páramo “islands” from other mountains.

“As the temperature changed we calculated how likely it was for each island of vegetation to connect to neighboring islands,” Flantua said. “The unique aspect of this model is that we did that for an entire 1 million-year period producing a continuous curve of merging and mixing páramos.”

The team used geographical information systems (ESRI ArcGIS 10.3) and specialized software for estimating connectivity (Gnarly Landscape Utilities, Linkage mapper and Conefor) to reconstruct the likelihood of dispersal and migration of plants and animals between páramo islands even when islands were not yet physically attached to each other.

“This model lets us put current climate change in perspective,” said co-author Aaron O’Dea, STRI staff scientist. “What we see in the Andes today is not ‘normal.’ Our model puts current climate change in a million-year context. The paramo are near their historical limits and as warming progresses, they will be snuffed out as all of the unique birds, frogs, butterflies and plants are squeezed further up mountainsides.”