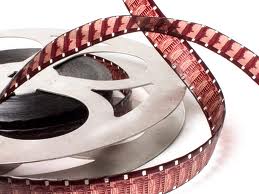 The Lucky Few, a documentary about the USS Kirk’s heroic rescue of more than 30,000 South Vietnamese in the tumultuous days of 1975 following the fall of Saigon, will premiere at the Smithsonian’s National Museum of Natural History on Veterans Day, Nov. 11, at 2 p.m. The film is free and open to the public in the museum’s Baird Auditorium.

Produced by the U.S. Navy’s Bureau of Medicine and Surgery, the one-hour film tells the story of a rescue that was not televised as the helicopters landing on the roof of the American Embassy in Saigon were—yet this rescue involved tens of thousands of people.

The USS Kirk was a small ship, and because its deck was unable to accommodate the many Huey helicopters crammed with men, women and children, the refugees were often dropped from the hovering helicopters into the waiting arms of sailors. Crew members transformed the Kirk into a humanitarian assistance ship that gave food, medical care and shelter from the blazing sun. The film documents how the ship escorted 30,000 refugees to new lives—many settling permanently in the United States.

The Lucky Few will be introduced by Richard Kurin, Under Secretary for History, Art and Culture at the Smithsonian, and Rear Adm. Karen Flaherty, deputy surgeon general of the Navy. Joining them for the Q-and-A session after the showing will be Capt. Paul Jacobs, former commander of the USS Kirk, and several members of his crew as well as former refugees who eventually settled in the United States.

The little-known rescue operation was detailed this past summer in a three-part series on NPR titled “Forgotten Ship: A Daring Rescue as Saigon Fell,” produced after a long investigation and interviews with more than 20 American and Vietnamese eyewitnesses.