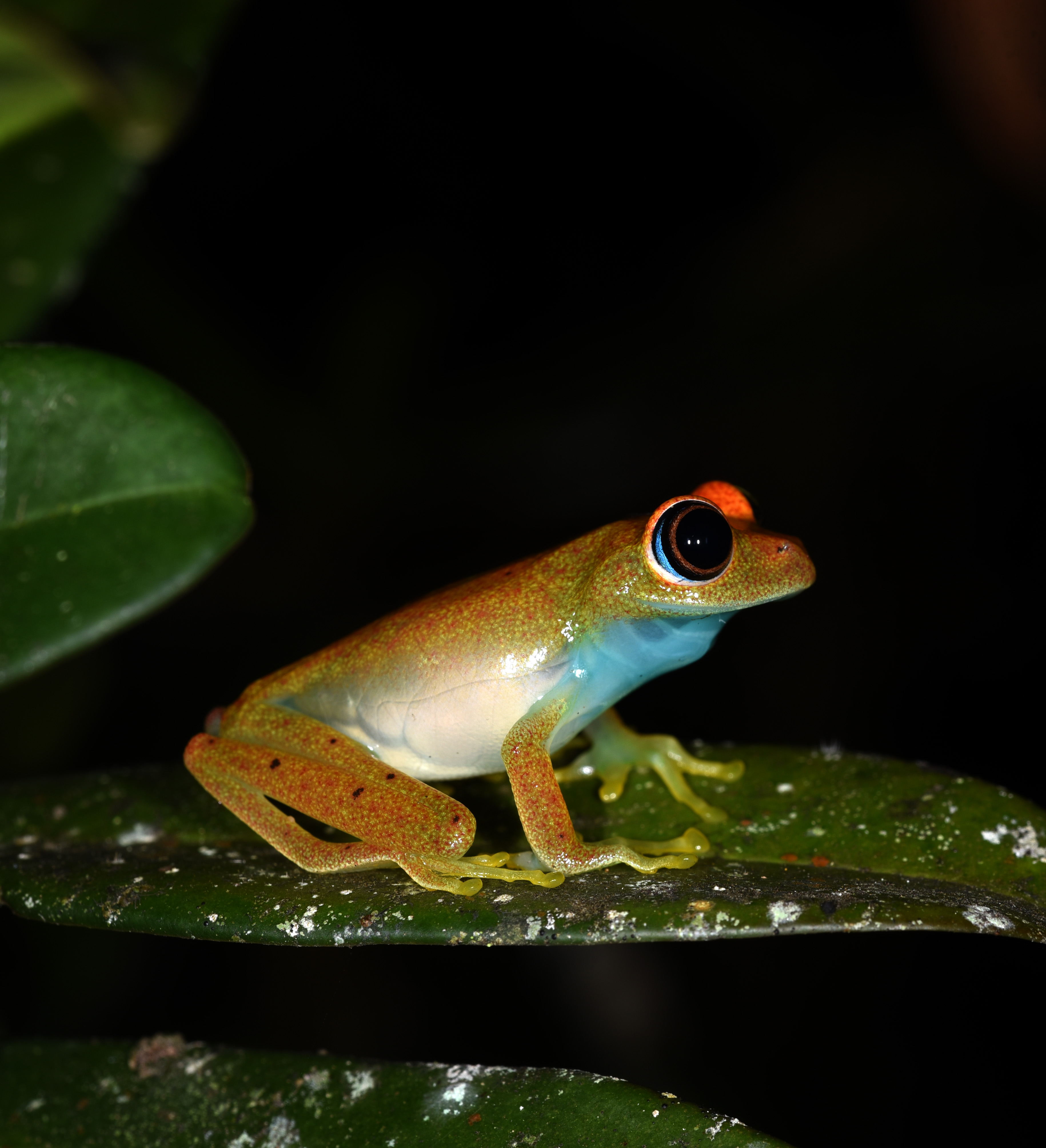 Amphibians are victims of lethal skin-disease epidemics. In the first global-scale study, researchers from 31 universities and research centers, including the Smithsonian Tropical Research Institute (STRI), collected skin bacteria from more than 2,300 healthy frogs and salamanders from 12 countries to describe microbes on a wide range of host animals to improve knowledge of the distribution of frog-skin bacteria, known to be important in maintaining amphibian health.

Based on samples of 205 different species of amphibians, the team concluded that an animal’s environment, especially the temperature, plays a big role in which bacteria live on its skin. Their most striking result, published in Nature Ecology and Evolution, was that amphibian skin microbes are more diverse in areas with cold winters and variable temperatures. This was unexpected because most animals and plants are more diverse in the tropics.

“Finding higher overall diversity of these skin bacteria in temperate areas was a surprise, and then it became our task to explain why,” said Jordan Kueneman, a STRI postdoctoral research fellow who led the study.

The study was the culmination of many projects; several big research teams that focus on amphibian decline in the U.S., Germany, Panama and Madagascar joined groups spanning multiple continents to collect samples and interpret the results. “Our intention was to unify research on amphibians around a common problem so that we could share data and ideas, to explore new questions and solve new problems as they arise,” Kueneman said.

Previous studies showed that there were some rules of thumb about free living bacteria in different places across the globe, and the team wondered if there were similar rules about bacteria on the skin of a host animal. They also wondered about interactions between amphibian genes and the bacteria living on their skin and whether predicted gene function changes from place to place.

They found that fast-growing bacteria may take over in warm climates, driving diversity down. However, in more variable environments, such as temperate climates, different kinds of bacteria could be favored during different annual temperature regimes. For example, bacteria that can survive cold in a dormant state could remain on the amphibians, which could help explain the higher microbial diversity observed in these environments. Higher dormancy gene abundance was observed on amphibians in more variable climates.

Because the American bullfrog (Lithobates catesbeianus) lives around the globe, they sampled it at different sites to better understand the effects of the environment on a single host. This is uniquely possible with this species due to novel introductions, linked with frog leg consumption. “Unfortunately, this species is also a tolerant reservoir and amplifier for frog fungal disease,” Kueneman said.

Their work is leading to an understanding of the role of microbes in amphibian health and to insights for the use of beneficial microbes to promote frog recovery and prevent disease epidemics in the field. This study highlights the way a team of scientists from different fields can come together to study frog-skin ecology, which may inform probiotic treatments for sick amphibians and bioaugmentation methods, introducing specific bacteria with the intention of influencing the living system to improve frog health in the future.

With funds from the Simons Foundation, Kueneman is working broadly on terrestrial tropical microbiology. He says that it is imperative to build robust datasets that include tropical microbiomes, to better understand their role in host health, host adaptation, co-evolution and biogeography of animals, plants and their symbionts. Passionate about his work, he emphasizes the potential to use beneficial microbes to solve environmental problems and to promote health and wellbeing of humans, animals and plants.