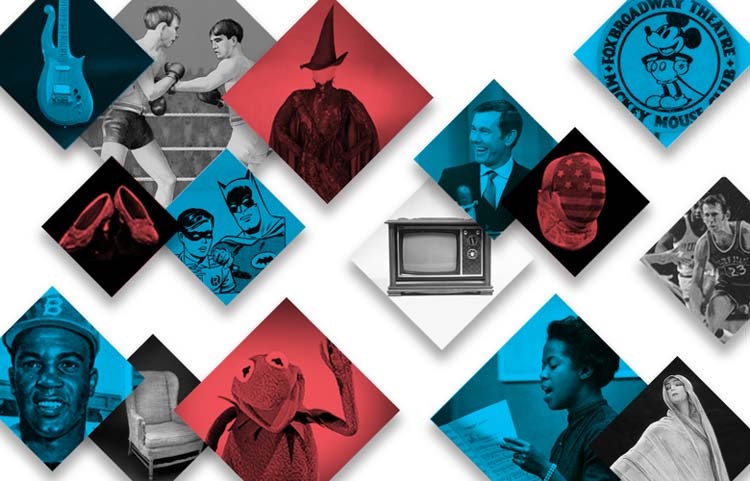 How does entertainment contribute to American history? “The American Scene: A National Culture Collecting Project” at the Smithsonian’s National Museum of American History explores this question through oral histories with some of America’s most influential entertainers and content creators. The museum recently added 22 new content makers to its site that capture the behind-the-scenes stories of America’s sports, television, theater and film influencers. It is available online at http://americanhistory.si.edu/American-scene.

The website will complement “Entertaining America,” an upcoming exhibition exploring how entertainment brings Americans together and fosters important national conversations it is expected to open in late 2021.

“The American Scene” update includes narratives excerpted from candid conversations conducted between February 2018 and April 2019. Each participant’s story is illustrated with personal photos, including childhood and family photos, career highlights and behind-the-scenes images from television and movie sets, theater, dance and concert stage, and the sports field. Each narrative is paired with related images from the museum’s rich entertainment collections and archival materials.

“These deeply moving stories provide a provocative and exciting look at how we understand arts, sports and entertainment, and will inspire visitors to think about how entertainment addresses our national values and identities,” said Shannon Thomas Perich, curator in the museum’s Photographic History Collection and the project’s curatorial director.

This collection of oral histories will allow curators and researchers to better understand the context and nuances of the Smithsonian’s collections and provide opportunities for future collecting.

Through incomparable collections, rigorous research and dynamic public outreach, the National Museum of American History explores the infinite richness and complexity of American history. It helps people understand the past in order to make sense of the present and shape a more informed future. The museum is located on Constitution Avenue N.W., between 12th and 14th streets, and is open daily from 10 a.m. to 5:30 p.m. (closed Dec. 25). Admission is free. For more information, visit http://americanhistory.si.edu. For Smithsonian information, the public may call (202) 633-1000.