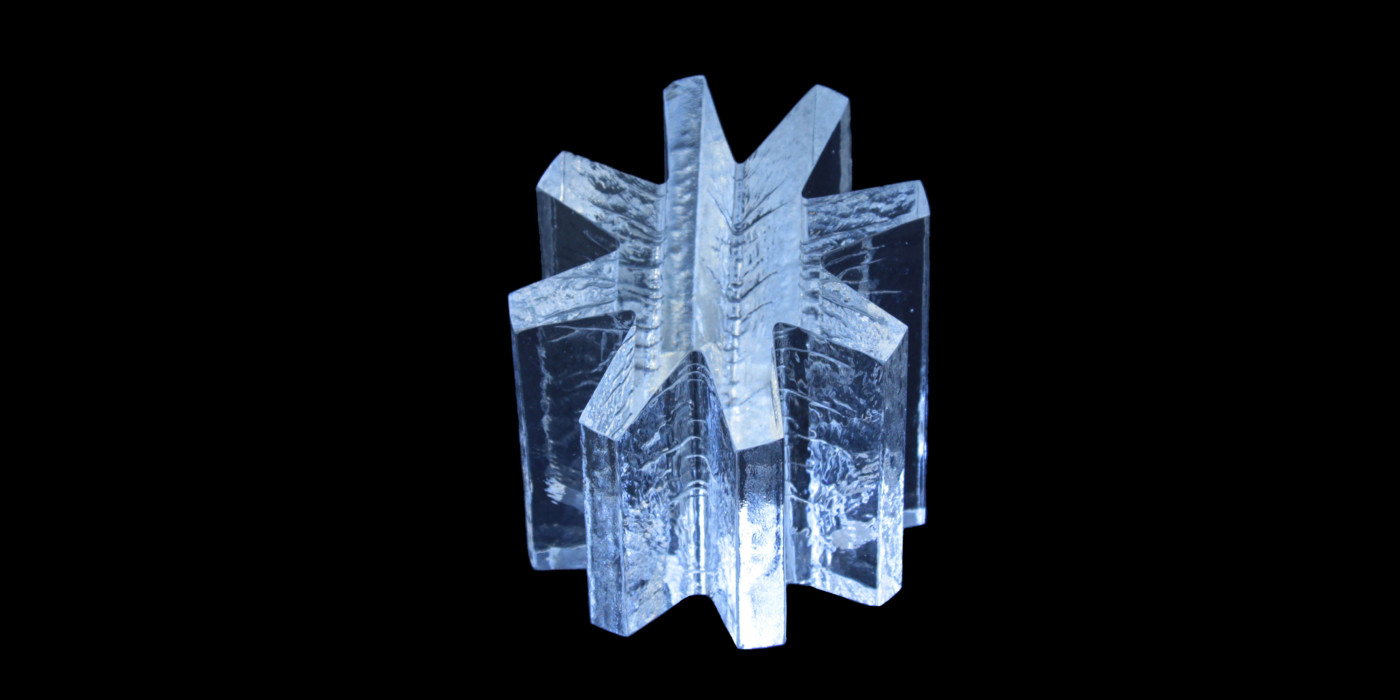 Today, Cooper Hewitt, Smithsonian Design Museum Director Caroline Baumann announced the winners of the 2016 National Design Awards, recognizing excellence and innovation across a variety of disciplines in 11 categories. Now in its 17th year, the annual awards were established to promote design as a vital humanistic tool in shaping the world. The award recipients will be honored at a gala dinner Thursday, Oct. 20, at the Arthur Ross Terrace and Garden at Cooper Hewitt.

“The National Design Awards are a vibrant component of Cooper Hewitt's education arm through which the museum engages year round with design lovers of all ages across the United States and throughout the world,” Baumann said. “This year's class of winners reflect design's remarkable empathy for contemporary social concerns: from promoting workplace productivity to preserving vernacular traditions to encouraging civic engagement. These designers and design firms cross disciplinary boundaries, explore innovative materials and develop new models of problem-solving in pursuit of these goals.”

First Lady Michelle Obama serves as the Honorary Patron for this year’s National Design Awards, which was first launched at the White House in 2000 as a project of the White House Millennium Council.

The winners will be honored at a gala during National Design Week, Oct. 15–23. Launched in 2006, this educational initiative makes great design widely accessible to the public through interactive events and programs for students, teachers, corporate professionals, designers and Cooper Hewitt’s dedicated audience. Programs will be posted at cooperhewitt.org/events.

On May 13, many of the winners will attend the DC High School Design Summit hosted by Cooper Hewitt and provide short mentoring sessions to hundreds of students interested in pursuing design as a career. The Summit, held at the Smithsonian Arts & Industries Building (900 Jefferson Dr. S.W., Washington, D.C.) from 9 a.m.–12:30 p.m., will also engage students in real-world design challenges and includes a keynote lecture by Tim Gunn.

National Design Awards programming is made possible by major support from Target.

National Design Award trophies are created by The Corning Museum of Glass. ndagallery.cooperhewitt.org is powered by Behance, part of the Adobe family. Media sponsorship is provided by Smithsonian Media.

Lifetime Achievement: Moshe Safdie
Moshe Safdie is a leading architect, urban planner, educator, theorist and author, who explores the essential principles of socially responsible design with a distinct visual language. Beginning with his architectural thesis at McGill University in 1964 and his first built project, the seminal Habitat ’67 in Montréal, Safdie’s catalog of work and contributions to the dialogue on sustainable urbanism are unsurpassed in contemporary practice. With his Somerville, Mass.-based firm, Safdie Architects, Safdie’s recent projects include Mamilla Center in Jerusalem; Marina Bay Sands in Singapore; Khalsa Heritage Centre in Punjab, India; and the United States Institute of Peace headquarters in Washington, D.C. Safdie has been recognized widely for his enduring influence on the built environment and was recently awarded the 2015 AIA Gold Medal. He continues to inspire the theory and application of ideas about mixed-use and high-density housing in cities around the world.

Director’s Award: Make It Right
Founded by Brad Pitt in 2007, Make It Right is a nonprofit organization that builds homes, buildings and communities for people in need. All Make It Right projects are LEED Platinum certified and Cradle to Cradle inspired to meet the highest standards of green building. Make It Right began as an effort to rebuild safe and sustainable homes in New Orleans’ Lower Ninth Ward after Hurricane Katrina. The organization enlisted architects such as Frank Gehry, Thom Mayne and David Adjaye to help design climate-adapted, eco-friendly homes for the most devastated parts of the city. Since then, the organization has shared its knowledge of affordable green building with communities around the world and worked in neighborhoods across the country to increase housing stock. Additional projects include an apartment building for disabled veterans in Newark, N.J.; repurposing an abandoned, historic building into a mixed-use development in Kansas City, Mo.; and partnering with Native American tribes to build homes on the Fort Peck Reservation in Montana.

Design Mind: Bruce Mau
Bruce Mau is a world-renowned visionary, innovator, author and designer, now living in Evanston, Ill. Twenty-five years in the business of design gave Mau the practical and holistic insights to establish his consulting firm Massive Change Network in 2010. In doing so, he laid the foundation for the new discipline of enterprise design, successfully applying his design thinking methodology to economic, cultural, governmental, environmental and social change for internationally celebrated designers, leading companies and countries around the world. Mau has worked on projects with Coca-Cola Co., McDonald’s, Herman Miller, Walt Disney Imagineering and Freeman; the governments of Denmark, Guatemala, Panama and Saudi Arabia; and architects Frank Gehry, Rem Koolhaas and SOM. In addition to his leadership at Massive Change Network, Mau became chief design officer in 2016 for Freeman, the world’s largest producer of trade shows and exhibits.

Corporate & Institutional Achievement: Center for Urban Pedagogy
The Center for Urban Pedagogy (CUP) is a New York City-based nonprofit organization that uses the power of design and art to increase meaningful civic engagement, particularly among historically underrepresented communities. Founded in 2001, CUP’s work addresses the need of communities struggling to understand the complex public policies and decision-making processes that impact their lives, from affordable housing to labor rights. By collaborating directly with these communities to create simple, accessible and visual explanations, CUP provides individuals with the tools to claim their rights, advocate for their needs and fight for social justice in their communities.

Architecture Design: Marlon Blackwell Architects
Marlon Blackwell is one of the nation’s most respected regional modernist architects. His Fayetteville, Ark.-based practice, Marlon Blackwell Architects, combines vernacular traditions with rigorous formalism to create architecture that responds to the physical and cultural eccentricities of a place. In addition to his professional practice, Blackwell serves as the E. Fay Jones Distinguished Professor at the Fay Jones School of Architecture and Design at the University of Arkansas. He was named as one of DesignIntelligence magazine’s “30 Most Admired Educators” for 2015. Blackwell was the recipient of the 2012 American Academy of Arts and Letters Architecture Prize, was named a United States Artists Ford Fellow in 2014 and has received multiple AIA National Honor Awards.

Communication Design: Geoff McFetridge
Geoff McFetridge is a graphic designer and artist based in Los Angeles. Through his design studio, Champion Graphics, McFetridge has created works for international brands, Hollywood films and local bike shops that have a uniquely human touch. He has taken a singular and entrepreneurial approach to design that values looking inward more than problem solving. A graduate of the Alberta College of Art and Design and the California Institute of the Arts, McFetridge has exhibited in galleries and museums around the world; these works of installation, painting, drawing and printmaking are integral to his studio practice. Dedicatedly inventive, McFetridge has sought to expand on what both design and a design practice looks like in his time.

Fashion Design: Opening Ceremony
Carol Lim and Humberto Leon founded Opening Ceremony in 2002, with the idea of bringing their love of travel and fashion to a concept boutique. The company has grown to encompass the Opening Ceremony ready-to-wear, accessories and footwear collections for men and women; retail outlets in New York, Los Angeles, Nagoya and Tokyo; a wholesale showroom in New York; and a comprehensive online platform at openingceremony.us. Opening Ceremony has also become known for its innovative fashion shows, nightlife events and collaborations, including those with Chloë Sevigny, Intel, New York City Ballet, Pendleton, Spike Jonze and Yoko Ono. In 2012, Leon and Lim were appointed creative directors of the French fashion house Kenzo.

Interaction Design: Tellart
Tellart is an international design studio that creates interactive objects, immersive spaces and digital experiences for brands, museums and multinational companies. Founded in 2000 by Matt Cottam and Nick Scappaticci, Tellart is headquartered in Providence, R.I., and has offices in San Francisco, New York and Amsterdam. The studio’s designers, engineers and filmmakers drive ideas from concept to final execution. Tellart created the first fully Web-accessible museum exhibition for Google through the Chrome Web Lab, imagined and prototyped future services for world governments with the Museum of the Future and encouraged healthy living through mixed-reality gaming with Humana. Tellart’s projects synthesize the digital and physical through embodying and embedding data, networks and sensors in beautifully crafted objects, art and architecture.

Interior Design: Studio O+A
For 25 years, Studio O+A has been a creative force in workplace design. What began as a two-person space planning operation in Silicon Valley in 1991 is today a San Francisco-based design firm with more than 40 employees and clients that are some of the most dynamic companies in American business, including Facebook, Uber, Cisco Systems and Yelp. Led by principals Primo Orpilla, Verda Alexander and Perry Stephney, O+A built its reputation on understanding how the next generation of entrepreneurs is changing the work environment and how those changes are abetted by design. From the beginning, O+A saw its mission as capturing the spirit and culture of the client in the built environment and turning that spirit into a story.

Landscape Architecture: Hargreaves Associates
Hargreaves Associates has been at the forefront of landscape architecture for more than 30 years and is globally renowned for the transformation of neglected urban sites, waterfronts and campuses into memorable places that have become icons for their cities. Led by George Hargreaves, Mary Margaret Jones and Gavin McMillan, the firm has offices in San Francisco; Cambridge, Mass.; and New York City.  Projects range from large scale and environmentally complex—such as the 274-acre parklands for London’s 2012 Olympics, Crissy Field in San Francisco and Waterfront Park in Louisville, Ky.—to place-making projects, such as the University of Cincinnati’s campus, to small plazas and gardens, such as 555 Mission Street in San Francisco and Caruthers Park in Portland, Ore.

The 2016 jury was composed of a diverse group of designers and educators from around the nation:

Founded in 1897, Cooper Hewitt is the only museum in the United States devoted exclusively to historic and contemporary design. On Dec. 12, 2014, Cooper Hewitt reopened in the renovated and restored Carnegie Mansion, which offers 60 percent more exhibition space to showcase one of the most diverse and comprehensive collections of design works in existence. The renovation of the Carnegie Mansion and museum campus was recognized with LEED Silver certification. Currently on view are nine exhibitions and installations featuring hundreds of objects throughout four floors of the mansion, including the fifth installment of the museum’s contemporary design exhibition series, “Beauty―Cooper Hewitt Design Triennial,” “Thom Browne Selects” and “Pixar: The Design of Story.” Visitors can experience a full range of new interactive capabilities, including exploring the collection digitally on ultra-high-definition touch-screen tables, drawing their own designs in the Immersion Room and addressing design problems in the Process Lab.

Cooper Hewitt is located at 2 East 91st Street at Fifth Avenue in New York City. Hours are Sunday through Friday, 10 a.m. to 6 p.m., and Saturday, 10 a.m. to 9 p.m. The Arthur Ross Terrace and Garden and Tarallucci e Vino cafe open at 8 a.m., Monday through Friday, and are accessible without an admissions ticket through the new East 90th Street entrance. The museum is closed on Thanksgiving Day and Christmas Day. Public transit routes include the Lexington Avenue 4, 5 and 6 subways (86th or 96th Street stations) and the Fifth and Madison Avenue buses. Adult admission, $18; seniors, $12; students, $9. Cooper Hewitt members and children younger than age 18 are admitted free. Pay What You Wish every Saturday, 6 to 9 p.m. The museum is fully accessible.