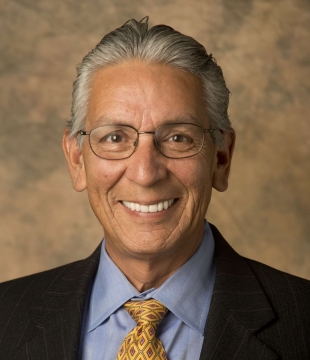 Senior Leadership Team Under Secretary for Museums and Culture

Gover, a citizen of the Pawnee Tribe of Oklahoma, served as the director of the Smithsonian’s National Museum of the American Indian in Washington, D.C., and its George Gustav Heye Center in New York City for 14 years. He also oversaw the Cultural Resources Center in Suitland, Maryland. He led the museums to pursue equity and social justice for Native people through education, inspiration and empowerment, and the museums have worked to expand people’s ideas of what it means to be Native American.

Under his leadership as director of the National Museum of the American Indian, the Washington and New York museums have opened numerous critically acclaimed exhibitions, including “Americans” (2018), which uncovers the many ways American Indian images, names and stories have been part of the nation’s history, identity and pop culture since before the country began; “Nation to Nation: Treaties Between the United States and American Indian Nations” (2014), which examines the history and legacy of U.S.–American Indian diplomacy from the colonial period through the present; “Infinity of Nations: Art and History in the Collections of the National Museum of the American Indian” (2010), a long-term exhibition of more than 700 works of Native art from throughout North, Central and South America that demonstrates the breadth of the museum’s renowned collection; and “The Great Inka Road: Engineering and Empire” (2015), which considers the construction and use of the Inka Road, an engineering feat and UNESCO World Heritage site, which continues to be used today.

In November 2020, the Washington museum opened the National Native American Veterans Memorial. The memorial, which sits on its grounds, was commissioned by Congress to give “all Americans the opportunity to learn of the proud and courageous tradition of service of Native Americans in the Armed Forces of the United States.” This is the first national landmark in Washington to focus on the contributions of American Indians, Alaska Natives and Native Hawaiians who have served in the military.

Gover also oversaw the launch of Native Knowledge 360°, the museum’s national educational initiative. NK360° is a set of teaching resources that provides educators and students with new perspectives on Native American history and cultures. It offers educational materials and training for teachers that incorporate Native narratives, more comprehensive histories and accurate information to enlighten and inform teaching and learning about Native America. It challenges common assumptions about Native peoples—their cultures, their roles in United States and world history, and their contributions to the arts, sciences and literature.

After leaving office in 2000, Gover practiced law at Steptoe & Johnson LLP in Washington. In 2003, he joined the faculty at the Sandra Day O’Connor College of Law at Arizona State University and served on the faculty of its Indian Legal Program.