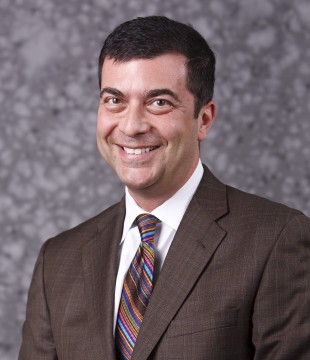 Senior Advisor to the Under Secretary for Museums and Research

John Lapiana was appointed in August 2017 as the Senior Advisor to the Provost/Under Secretary for Museums and Research. Before that he was Acting Assistant Secretary for Communications and External Affairs at the Smithsonian, which includes the Office of Public Affairs, Government Relations, Special Events and Protocol, Visitor Services and International Relations. During this period, he was also the Deputy Under Secretary for Finance and Administration, responsible for overseeing the facilities, information technology, human resources, contracting and other administrative offices.

Lapiana has served in a variety of positions since joining the Smithsonian in October 1998. In 2007, he was appointed as the first chief of staff to the Board of Regents providing counsel and support to the members of the Board and Smithsonian senior staff.

From 2002 to 2007, Lapiana served as senior program officer under the Smithsonian’s Deputy Secretary and chief operating officer. In that role, he helped to oversee programmatic activities in the museums and administrative units reporting to the Deputy Secretary. From 1998 to 2002, Lapiana was an assistant general counsel where he provided guidance on a variety of legal issues and represented the Smithsonian in administrative proceedings and other types of litigation.

Before coming to the Smithsonian, Lapiana was a trial and appellate attorney for the U.S. Department of Justice, Civil Division from 1992 to 1998. He served as a clerk to Chief Judge Paul R. Michel of the U.S. Court of Appeals for the Federal Circuit from 1991 to 1992. He was an associate at Wilmer, Cutler, and Pickering, a law firm in Washington, D.C., from 1987 to 1991.