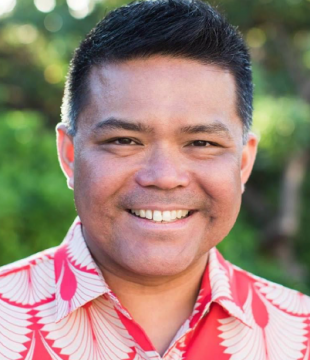 Theodore S. Gonzalves is the interim director of the Smithsonian’s Asian Pacific American Center. He is a curator in the National Museum of American History’s Division of Cultural and Community Life and a Smithsonian Senior Fellow.

Gonzalves is a scholar of comparative cultural studies, focusing on Asian American/Filipino American communities’ experiences. His research specialties also include Asian Pacific American history, culture and the performing arts. He has taught in the U.S. (California, Washington, D.C., Hawai’i and Maryland), Spain and the Philippines. He served as the 21st president of the Association for Asian American Studies.

Gonzalves is the recipient of many awards and is the author of numerous publications, including Stage Presence: Conversations with Filipino American Performing Artists (2007), The Day the Dancers Stayed: Performing in the Filipino/American Diaspora (2009), Carlos Villa and the Integrity of Spaces (2011) and, with Roderick Labrador, Filipinos in Hawaiʻi (2011). A member of the editorial boards for American Quarterly and Amerasia Journal, Gonsalves is a founding editorial board member of Alon: Journal for Filipinx American and Diasporic Studies.

Gonzalves holds a doctorate from the University of California, Irvine, in comparative culture.

He temporarily replaces Lisa Sasaki, who was recently named interim director of the Smithsonian American Women’s History Museum while the search for its permanent director is conducted.