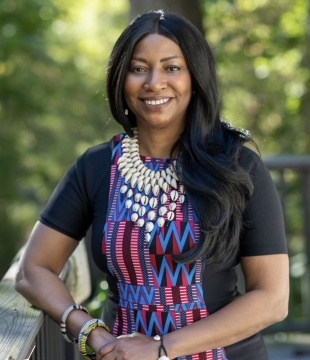 Tamar Evangelestia-Dougherty is the director of the Smithsonian Libraries and Archives. The recently integrated Smithsonian Libraries and Archives contains nearly 3 million library volumes and over 44,000 cubic feet of archival materials chronicling the history of the Smithsonian. Evangelestia-Dougherty oversees 137 employees, a national advisory board of 15 members, an annual budget of over $16 million and 22 library branches and reading rooms located in Washington, D.C., New York City, Maryland, Virginia and the Republic of Panama.

Previously, Evangelestia-Dougherty was an associate university librarian at Cornell University where she initiated Cornell RAD, a new research hub for rare and distinctive collections. She is also a faculty member of the UCLA California Rare Book School. As director of collections and services at New York Public Library’s Schomburg Center for Research in Black Culture from 2013 to 2014, Evangelestia-Dougherty led collection and programmatic development of five curatorial divisions. At the University of Chicago’s Black Metropolis Research Consortium, she served as executive director from 2011 to 2013 and as consulting archivist from 2007 to 2011. There, she successfully led initiatives to discover and make accessible archives related to the African American diaspora.

In addition to her extensive work with rare and distinctive collections, Evangelestia-Dougherty is a published author and public speaker who has presented nationally on topics of inclusivity and equity in bibliography, administration and primary-source literacy. She currently serves on the boards of Digital Scriptorium and the American Printing History Association.