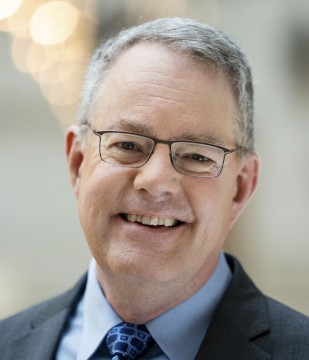 Acting Under Secretary for Science and Research

Roger Brissenden is the Acting Under Secretary for Science and Research at the Smithsonian. He oversees the science museums and science research centers as well as the Smithsonian Libraries and Archives, Office of International Relations, Smithsonian Scholarly Press and Scientific Diving Program. He will focus on the Smithsonian’s collective scientific initiatives and commitment to research across the Institution, especially in addressing current issues such as biodiversity, global health, climate change, species conservation, astrophysics and the search for life outside our solar system.

Brissenden was previously the deputy director of the Smithsonian Astrophysical Observatory, a position he will temporarily vacate while in this acting role. In addition to serving as the deputy, Brissenden also is, and will continue to be, the manager of the Chandra X-ray Center, responsible for the operating one of NASA’s “great observatories” that enables scientists from around the world to obtain X-ray images to reveal the structure and evolution of the universe.

As deputy director, Brissenden provided strategic operational leadership for a staff of more than 600, including 300 research scientists, and oversaw budget of $135 million. Brissenden is an associate of the Harvard College Observatory and a member of the American Astronomical Society. He has published more than 100 papers and articles in scientific and technical journals and his science interests focus on the broad-band spectral energy distributions of extra-galactic X-ray sources. Brissenden earned a BSc (First Class Honors) in Physics from the University of Adelaide (1985) and a doctorate in astronomy from the Australian National University (1990).