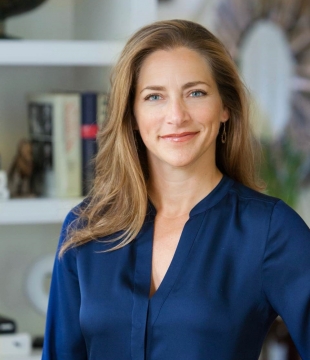 Credit: Blink Photography
Under Secretary for Museums and Culture

Rachel Goslins is the director of the Arts and Industries Building. She is responsible for developing and implementing plans for the building, including programming, exhibitions and infrastructure.

Before joining the Smithsonian, Goslins was the executive director of the President's Committee on the Arts and Humanities (2009–2015), which advises the White House on cultural policy. While there, she facilitated significant private investment in the arts and humanities and launched several major national initiatives, including “Turnaround: Arts,” which brings arts education to the country’s lowest-performing elementary schools; “Film Forward,” a film-based cultural diplomacy program; and the National Student Poets Program, the nation’s top honor for youth poets.

Goslins also worked with the Smithsonian, UNESCO and the U.S. State Department on the Haiti Cultural Recovery Project to rescue, recover and restore Haitian artwork, artifacts and documents damaged or endangered by the 2010 earthquake and its aftermath.

Before joining PCAH, Goslins was an awarding-winning documentary filmmaker and producer, directing feature documentaries and working on productions for PBS, Discovery, National Geographic and History. She was also the director of the Independent Digital Distribution Lab, a joint PBS/ITVS project.

Goslins began her career as an international copyright attorney. She received her bachelor’s degree in English literature from the University of California, Santa Cruz and her Juris Doctorate from UCLA’s School of Law. She is a Henry Crown Fellow at the Aspen Institute and serves on the advisory committee for the Halcyon Social Entrepreneurship Incubator at the S&R Foundation.