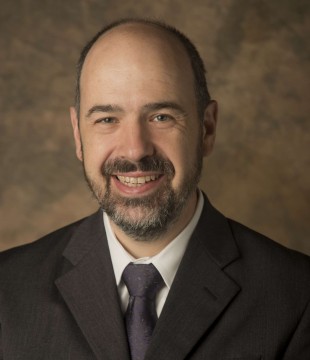 Credit: Smithsonian Institution
Office of the Provost and Under Secretary for Museums, Education and Research

Michael Mason is responsible for the Smithsonian Folklife Festival on the National Mall, Smithsonian Folkways Recordings, the Ralph Rinzler Folklife Archives and Collections and educational and cultural programs at the Center for Folklife and Cultural Heritage.

Under Mason’s leadership, the center completed its first strategic plan, increased work on cultural sustainability and intercultural dialogue, and expanded community-based cultural heritage documentation and collaboration. During his tenure, the center has strengthened its financial base by starting an endowment, raising more than $2.5 million as part of the Smithsonian’s Capital Campaign and accepting the second-largest gift in the center’s history. Mason has invested in bringing talented staff to the center, hired a new Smithsonian Folklife Festival director, a deputy director and a curator for cultural and linguistic revitalization.

Mason was appointed director at the center in April 2013. Previously he worked at the National Museum of Natural History, which he joined in 1994 as an exhibit developer and co-curator on the “African Voices” exhibit. In 2007, he became the chief of exhibit development and project management, then in 2009 the director of exhibitions. During this time he was instrumental in the development and opening of the David H. Koch Hall of Human Origins in 2010. Mason first joined the Smithsonian in 1992, working at the Anacostia Community Museum as a researcher and exhibit developer for the “Black Mosaic” exhibition. A champion of cultural sustainability, Mason is one of the leaders of the Smithsonian’s Recovering Voices Initiative, a signature program of the Consortia for Understanding the American Experience and World Cultures.

Mason earned his bachelor’s degree in American studies at the University of Oregon. Trained as a folklorist, he earned his master’s and doctorate degrees at Indiana University. He has been studying the cultures of the African diaspora since 1987. His book, Living Santeria: Rituals and Experiences in an Afro-Cuban Religion, was published by the Smithsonian Institution Press in 2002 and was nominated for the Victor Turner Award for Ethnographic Writing. He is also part of the founding faculty of the Masters of Arts in Cultural Sustainability Program at Goucher College in Towson, Md.