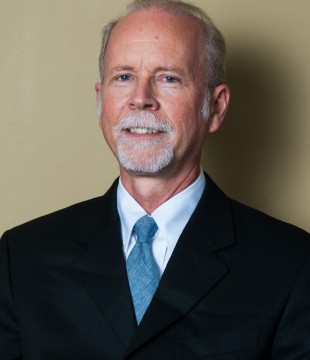 Credit: Jorge Aleman, STRI photographer
Office of the Provost and Under Secretary for Museums, Education and Research

Matthew C. Larsen is the director of the Smithsonian Tropical Research Institute (STRI), a unit of the Smithsonian Institution headquartered in Panama City, Panama. The Institute furthers the understanding of tropical nature and its importance to human welfare, trains students to conduct research in the tropics and promotes understanding of present and past biological diversity by increasing public awareness of the beauty and importance of tropical ecosystems.

Larsen oversees 420 employees, an annual budget of $35 million, research facilities throughout Panama and field sites in Africa, Asia and the Americas. In addition to its resident scientists, the Institute’s facilities are used annually by some 1,400 visiting scientists from academic and research institutions in 50 countries. Visitors include more than 800 students, interns and pre- and postdoctoral fellows. STRI also welcomes upwards of 100,000 visitors per year to four public programs sites.

As director since 2014, Larsen’s primary goal is to facilitate the very best science in the tropics, a biodiverse region whose unique natural resources are under tremendous developmental pressure. STRI’s research addresses a Smithsonian grand challenge: understanding and sustaining a biodiverse planet.

For the past 100 years, STRI has received support not only from the Smithsonian, but also from the Panamanian government and people. Larsen’s other top goals are to expand STRI’s contribution of high-quality science to decision makers in the tropics overall, to inspire young residents of the tropics to pursue scientific careers, to explore Panama’s rich biodiverse parks and protected areas and to enhance collaboration with academic and other research institutions in Panama while jointly building scientific capacity in the country and region.

From 2010 to 2014, Larsen was the U.S. Geological Survey’s (USGS) associate director for climate and land use change, where he led science programs focused on climate change, land use change and a national ecological carbon sequestration assessment. In addition, Larsen managed the Landsat satellite program in partnership with NASA and the National Climate Change and Wildlife Science Center. He earned a Bachelor of Science in geology from Antioch College in Yellow Springs, Ohio, and a doctorate in geography at the University of Colorado in Boulder.

In 2003, Larsen worked at USGS headquarters, and in 2005 was named USGS chief scientist for hydrology and led the National Research Program. In 2008, he became the USGS associate director for water, with responsibility for water resources research and assessment programs, including a national network of 8,000 streamflow stations. From 2005 to 2014, Larsen served as chair of the U.S. National Committee for UNESCO International Hydrological Programme. Larsen’s 90-plus publications are in the fields of natural hazards, water resources, climate change and marine geology.