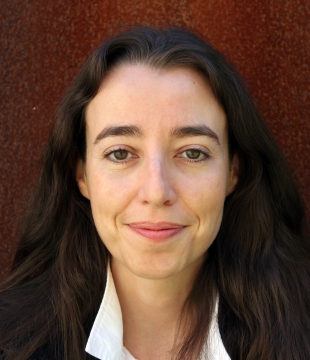 Maria Nicanor is the director of the Smithsonian’s Cooper Hewitt, Smithsonian Design Museum. She oversees 86 employees, an annual budget of over $15 million and a collection of about 215,000 objects. She also leads the museum’s innovative exhibition programming, featuring a newly launched digital exhibition platform and robust educational offerings and programs, including the annual National Design Awards, which recognize the best in American design across a range of disciplines. An architecture and design curator and historian, Nicanor has an established career in museum and curatorial work and brings a rich background in architecture and design to the role.

Previously, Nicanor had been the executive director of Rice Design Alliance (RDA) beginning in 2017; RDA is the public programs and outreach arm of the Rice School of Architecture and the leading design organization in Houston since 2017. She oversaw the development of content and programming, including lectures, the Houston Design Research Grant program, the annual Spotlight Award for emerging architects, design competitions, an international travel program and the annual print publication Cite: The Architecture and Design Review of Houston.

During her tenure, she led a re-envisioning of the organization’s branding, programming and audience engagement, and recently spearheaded a full transition to digital programming in response to the COVID-19 pandemic. Under her leadership, in 2019 her team hit an all-time fundraising record in the organization’s 50-year history.

Nicanor held several positions at the Solomon R. Guggenheim Museum in New York between 2005 and 2013, including associate curator of architecture and urbanism and co-curator of the BMW Guggenheim Lab project, a traveling architectural project. At the Guggenheim, she curated and worked on several contemporary art, architecture and design exhibitions and publications, including “Participatory City” and “Frank Lloyd Wright: From Within Outward,” among other large-scale exhibitions and projects for the New York, Bilbao and Berlin locations of the foundation. During her last years at the Guggenheim, Nicanor was also part of the team leading the international architecture competition for the Guggenheim Museum in Helsinki.

Nicanor was born in Barcelona and raised in Madrid. She holds a bachelor’s degree in art and architectural history and theory from the Autónoma University of Madrid, which she partly completed at the Sorbonne University Paris, and a master’s degree in museum and curatorial studies from New York University.

Nicanor succeeds Caroline Baumann, who served as the museum’s director from 2013 to 2020. John Davis and Ruki Neuhold-Ravikumar served as interim directors from 2020 to 2022.