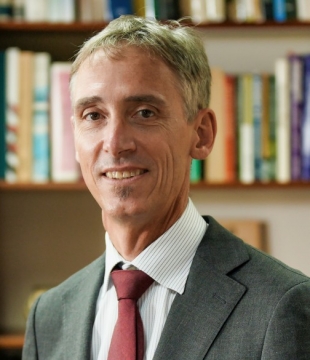 Joshua Tewksbury is the Ira Rubinoff Director of the Smithsonian Tropical Research Institute (STRI). He oversees more than 400 employees, with an annual budget of $35 million. Headquartered in Panama City, Panama, with field sites around the world, STRI furthers the understanding and public awareness of tropical biodiversity and its importance to human welfare. In addition to its resident scientists and support staff, STRI’s facilities are used annually by some 1,400 visiting scientists, pre- and postdoctoral fellows and interns from around the world.

Tewksbury is an ecologist with more than two decades of research in conservation and biodiversity, as well as nearly a decade of executive leadership experience at international research institutes. At Future Earth, a global research program dedicated to sustainability and global change, Tewksbury led a network of tens of thousands of scientists and manages a wide range of conservation research projects, staff, programs and partnerships.

In his role at Future Earth, Tewksbury oversaw dozens of interdisciplinary research projects, from assessing threats to biodiversity to understanding the relationship between human and environmental health. He has also founded initiatives like the Earth Leadership Program, which supports skills development for academic researchers working to address sustainability challenges. Previously, from 2012 to 2015, he was the founding director of the Luc Hoffman Institute, a global research center within World Wildlife Fund International focused on conservation science.

Over the course of his research career, Tewksbury has published more than 85 scientific papers on topics in conservation, climate change and natural history, including the relationships and diversity of tropical plants, animals and fungi. He holds a bachelor’s degree in field biology from Prescott College and a doctorate from the University of Montana in organismal biology and ecology.

Tewksbury succeeds Matthew Larsen, who served as STRI’s director from August 2014 until his retirement in June 2020. Oris Sanjur, associate director for science administration at STRI, served as acting director.