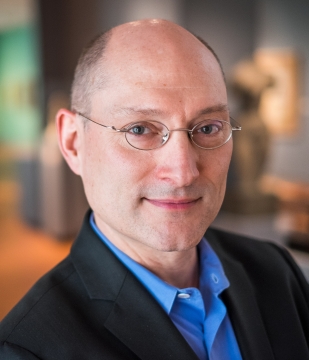 Credit: Jim Gipe
Under Secretary for Museums and Culture

John Davis is the interim director of Cooper Hewitt, Smithsonian Design Museum. He oversees more than 100 full-time employees and a collection of more than 210,000 design objects spanning 30 centuries. The only museum in the United States devoted exclusively to historic and contemporary design, Cooper Hewitt’s special exhibitions and educational programs tell design’s story, raise awareness of design’s universal value and demonstrate design’s power to make a difference.

Davis, an art historian, joined the Smithsonian in July 2017, and he was the first person to hold the position of Provost created by then-Smithsonian Secretary David Skorton.

Previously, Davis was the Alice Pratt Brown Professor of Art at Smith College and executive director of the Terra Foundation for American Art’s Global Academic Programs and Terra Foundation Europe.

Davis was a faculty member in art and American studies at Smith College, a liberal arts college for women located in Northampton, Mass., for 25 years. He served as Smith’s associate provost and dean for academic development from 2007 to 2012. In this capacity, Davis managed the academic budget of the college, directed the office of sponsored research, chaired the committees on faculty compensation and development and on study abroad, and oversaw the science center, botanic gardens, campus school, athletics and educational-outreach programs.

In July 2015, Davis took leave from his position at Smith College to serve as executive director of the Terra Foundation’s Paris Center & Library. The center offers programs on current topics in American art and visual culture and serves as the coordinating office for the foundation’s global academic program in Europe and Asia.

The Terra Foundation for American Art was established in 1978. It is one of the leading foundations focused on the art of the U. S. and supports exhibitions, academic programs and research in the U.S. and around the world. The foundation, which gives grants totaling $10 million annually, is a major supporter of the Smithsonian’s Archives of American Art.

He began serving as acting director at Cooper Hewitt in February 2020 when former director Caroline Baumann resigned. A search is underway for a new director.