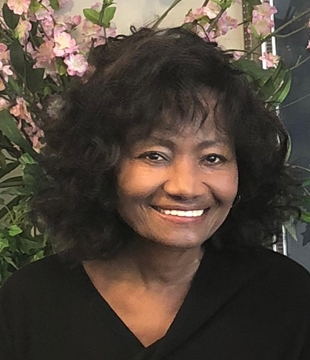 Era Marshall is the director of the Office of Equal Employment and Supplier Diversity. She is a principal member of the Secretary’s senior staff and a senior staff member on the Smithsonian’s Board of Regents.

Marshall is the senior-most leader for the Smithsonian’s equal employment opportunity, diversity and inclusion initiatives in all aspects of its operations. In this capacity, she provides direction and oversight of the Smithsonian’s EEO Program and Supplier Diversity Program to ensure the Institution’s compliance with federal EEO laws and regulations as well as programs and initiatives that ensure the use of small and under-utilized businesses.

Marshall directs and reports on the Institution’s progress toward model EEO program status related to affirmative employment, reasonable accommodations, EEO/diversity training, conflict resolution and EEO complaint processing. She renders the final decisions in all EEO complaints filed against the Institution and represents the Institution’s posture at the EEOC, other federal agencies, federal dispute resolutions meetings and conferences, and U.S. congressional activities and hearings.

In her dual role as the head of the Smithsonian’s Supplier Diversity Program, Marshall is, among other duties, the signatory in the agreement between the Smithsonian and Small Business Administration (SBA) that provides exemption from SBA rules. She serves as a principal representative of the Supplier Diversity Program at conferences, federal agencies and congressional events and meetings.

Before joining the Smithsonian, Marshall served for more than 16 years as a senior EEO manager in charge of the Women’s Program and Special Emphasis Programs at the Federal Aviation Administration and Nuclear Regulatory Commission. Before that, Marshall was a sociologist for the Department of the Army where she, among other duties, managed the Army’s Race Relations Research Program. She oversaw the development of more than 20 reports, including the Women in the Army Study used in the development of Army policies, programs, activities and race-relations training at the U.S. Army Defense Race Relations Institute in Florida.

Marshall earned a bachelor’s degree in sociology/history from Bradley University in Peoria, Illinois, a master’s degree in human relations and education from the University of Oklahoma in Norman and has certifications in conflict resolution and mediation from George Mason University in Fairfax, Virginia. A graduate from the Federal Executive Institute in Charlottesville, Virginia, she is affiliated with the Federal Dispute Resolution Conference Group, Council of Federal EEO and Civil Rights Executives, the EEOC Excel Conference planners and several other organizations.