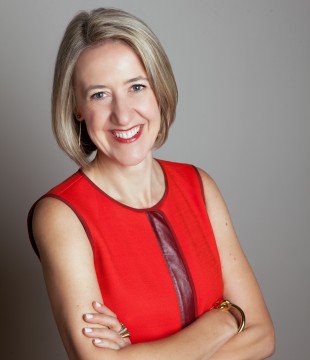 Photo: © Erin Baiano
Office of the Provost and Under Secretary for Museums, Education and Research

Caroline Baumann is the director of Cooper Hewitt, Smithsonian Design Museum in New York City. She oversees more than 100 full-time employees and a collection of more than 210,000 design objects spanning 30 centuries. The only museum in the United States devoted exclusively to historic and contemporary design, Cooper Hewitt’s special exhibitions and educational programs tell design’s story, raise awareness of design’s universal value and demonstrate design’s power to make a difference.

Baumann was appointed director in 2013, after serving the museum in various leadership positions for 12 years. During her tenure, Baumann has significantly advanced Cooper Hewitt’s mission to educate, inspire and empower people through design.

She spearheaded the museum’s most ambitious capital campaign to date, which raised nearly $91 million toward the transformation of the nation’s design museum into a dynamic, global resource for the public understanding of design. The reimagined Cooper Hewitt features exhibitions that travel the world, groundbreaking interactive museum technologies, a free national design education program for students K–12, a 36-year partnership with Parsons School of Design for a master’s program in the history of design and curatorial studies, and a permanent collection of 210,000 design objects that are digitized and available on the museum’s website.

Cooper Hewitt offers a full range of immersive creative experiences, including the Cooper Hewitt Pen that allows visitors to “collect” and “save” objects from around the galleries, the opportunity to explore the collection digitally on ultra-high-definition touch-screen tables and draw and project their own wallpaper designs in the Immersion Room.

Under Baumann’s leadership, Cooper Hewitt’s restoration, modernization and expansion have led to record attendance and numerous awards and honors, including a Lucy G. Moses Preservation Award from the New York Landmarks Conservancy, a Dibner Award for Excellence in Museum Exhibits on the History of Technology and Culture, a Gold Pencil Award for Best in Responsive Environments, a Gold Muse Award for Interpretive Interactive Installations and LEED Silver certification.

From 1995 to 2001, Baumann held several leadership positions at The Museum of Modern Art, where she raised funds and awareness for the museum’s Yoshio Taniguchi building project. Before that, she was director of development for The Calhoun School in New York City.

She earned a master’s degree in medieval art from New York University’s Institute of Fine Arts and a bachelor’s degree in the history of art and French literature from Bates College in Lewiston, Maine.

Baumann is a member of the Applied Arts and Design Museum Network, the Royal College of Art USA Board, the NYCxDesign Steering Committee and an honorary committee member for Salon | Art + Design. She served as a panelist for the 2017 U.S. Pavilion at the Venice Architecture Biennale. Most recently, she was awarded with the rank of Chevalier of France’s Order of Arts and Letters in acknowledgment of her significant contributions to the fields of art and design.