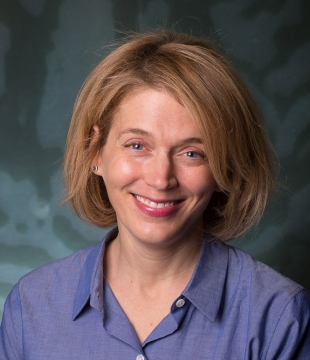 Smith joined the Smithsonian’s National Zoo and Conservation Biology Institute’s animal care staff in 2008 and helped to revitalize the giant panda program by integrating excellence in animal care with the latest breakthroughs in reproductive biology. Her efforts to merge these two disciplines have contributed to the birth of three surviving cubs, Bao Bao in 2013, Bei Bei in 2015, and Xiao Qi Ji in 2020.

Prior to joining the Zoo, Smith spent 10 years as vice president of animal conservation at the Association of Zoos and Aquariums (AZA), where she was responsible for coordinating the cooperative conservation and scientific activities of more than 200 member institutions and nearly 1,000 animal programs. She facilitated the Animal Health Committee, Wildlife Conservation and Management Committee, Field Conservation Committee and Animal Data Committee.

During her tenure at AZA, Smith advanced multi-institution amphibian conservation efforts. She stewarded the creation of the Bushmeat Crisis Task Force, a coalition of more than 30 conservation organizations that, from 1999-2009, focused on identifying and supporting solutions to the bushmeat crisis in Africa and around the world. She also helped launch the Butterfly Conservation Initiative, jointly established by AZA and the U.S. Fish and Wildlife Service in 2001, to engage zoos and aquariums in the recovery of federally listed butterfly species in the U.S.

Earlier in her career, Smith was a rhino keeper at the Dallas Zoo, a curatorial intern at the Smithsonian Conservation Biology Institute, and a behavioral research intern at the Pittsburgh Zoo. She is currently a member of the AZA’s Accreditation Commission and Small Population Management Advisory Group, as well as the International Union for Conservation of Nature’s Conservation Planning Specialist Group.

Smith received her doctoral degree from the University of Maryland, where her research focused on how to manage large groups of animals — those that live in herds, flocks and tanks — where breeding pairs or individuals are difficult to identify and control. She has written many articles and book chapters on how zoos and aquariums can manage and conserve their animal collections, and she hopes that her research in population genetics will help increase the sustainability of both zoo and wild populations.