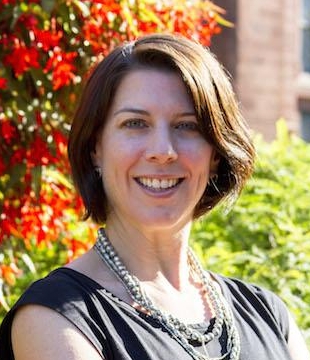 Rosenthal has more than 20 years of diverse experience in government, business and the non-profit sector and has traveled to over 60 countries for work and has a focus on public diplomacy and people-to-people connections in her career.

Before joining the Smithsonian in 2013, Rosenthal served as chief of staff to the undersecretary for public diplomacy and public affairs at the U.S. Department of State, which oversaw the bureaus that encompassed the United States’ communications with international audiences, cultural programming, academic grants, educational exchanges, social media and international visitor programs. Rosenthal brought to the State Department more than 10 years of experience directing various non-profits focused on promoting civic engagement through traveling exhibits, curriculum development, public relations, use of celebrity and corporate marketing partnerships.

Rosenthal began her career in Washington, D.C., as a special assistant to the President and deputy director of presidential scheduling at the White House. In that capacity, she coordinated the policy and political priorities of various offices within the White House, the Cabinet and other key stakeholders into the highly detailed schedule of the President and the meticulously planned elements of the events that comprise it.

Rosenthal graduated with a degree in international relations from the University of California, Davis in 1994 and spent a year studying at the Hebrew University in Jerusalem, Israel.